It's been very cold here, like in many other parts of the country.
I tell you, I use to be impervious to cold, but not so much this year.
Maybe it's the weight loss and maybe I just stepped over into old age recently, but I feel every drop in degree lately and just can't warm up.
bleh.

Hubs and I went out to a local pub/restaurant.  I had a gift certificate that needed to be used by the end of December.  This place is always hopping on weekends, so we went during the week as I didn't relish eating in a noisy bar with inebriated customers surrounding me.
By the time we were finished with our meal and ready to leave the place was filling up fast even on a Wednesday, so we got that visit done in the nick of time.

I had a rare drink out with my meal.  They called this a GRAPE SKITTLES....you would like it Sonya Ann....lol 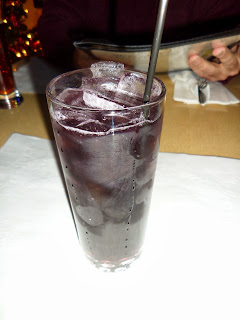 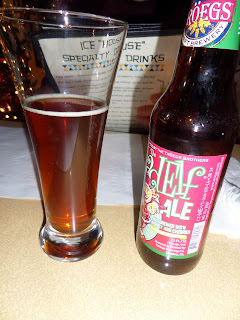 As we were leaving the dining room area of the pub, I noticed that the 8 tables of diners/drinkers who were seated after us.....all but 1 table of people......every single person had a smartphone placed on the table in front of them, ready to pounce on it I suppose when it came to life signaling a text.
The one couple who was there before we came in, the guy was on his phone the entire time they were eating, ignoring his dining companion.
All I can do is shake my head at what in-person social interaction has become in this day and age.


We dropped the broken vehicle off last night to get it looked at and I just found out it is not good news.
#2 Son is costing us $2,300 as he let the oil run low(out?) and it needs a new engine now.
Lovely.  Another reason not to buy a new driver a new car.
I am calling my Savings Challenge for 2013 officially over with and done, since this expense means there will be no money leftover at the end of December.  Heck, I may have to dig into last year's Savings Challenge funds, IF there are any left after what we spent on home renovations this year.

But enough of crappy news.  I refuse to dwell on it during the Holidays.

Hubs took #2 Son to school so I could have my car back today.  We are getting nasty weather tomorrow so I am off to run errands today......another trip to Rite-Aid to use +Ups expiring Saturday(since I won't be able to get there tomorrow) and a trip to the grocery store for those loss leaders I haven't picked up yet.
Since we are going to be snowed in tomorrow(the forecast just got upped to 8 inches + sleet after the snow)I may pick up a discounted pizza today for dinner and we'll work on the leftovers for lunch and dinner on Saturday.

I got ALL my Christmas packages & cards mailed out yesterday so other than the errant eBay sale, I am done with dealing with the insanity that is the post office until 2014.

All the shopping was finished days ago(with the arrival in the mail of the last online purchase)so all that is left to do here is to deck the halls some more and divvy up the Xmas loot for the stockings and wrap/bag gifts up using rolls of paper I've had for years and the used gift bags/cloths that make their appearance every December.

I still haven't done any Holiday Baking this year.  I always send one Brother in-law oatmeal cookies but he's got stomach issues so I won't be doing that this year.  The only folks around this Christmas to eat any baking I do are me, Hubs and #2 Son.  I certainly don't NEED all these sweets and Hubs isn't a big sweets eater.  That leaves #2 Son and being so involved in music both at school and as an extracurricular activity plus his part time job, he is just never home to graze in the kitchen.  And working in a restaurant, he often eats there so I never know how much to cook anymore.  I am looking to downsize the food bill in 2014.  Between #2 Son not eating here much and me not eating as much the last 2 months I'm hoping to knock down the grocery bill about $50 in the new year.
But more on that later.....

Yesterday I spent some time going through my tubs of stuff in the garage and den and gleaned out 2 more boxes of Salvation Army donations.
Then I spent some time organizing the garage some so I can get more tubs from storage to throw in there in preparation for going through them.  It is looking like getting the storage totally emptied and shutting down my account there is NOT going to happen by the end of December.  My absolute deadline for getting rid of the storage unit is Jan. 31st 2014.  Unless we get many snowstorms between now and then, I WILL get that accomplished!

This is what one side of the unit looked like back in mid July......still a significant amount of stuff in there...... 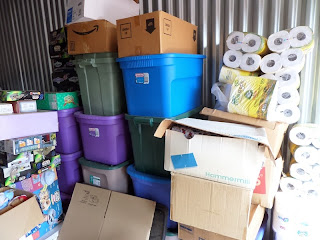 And this is what it looks like as of this morning...... 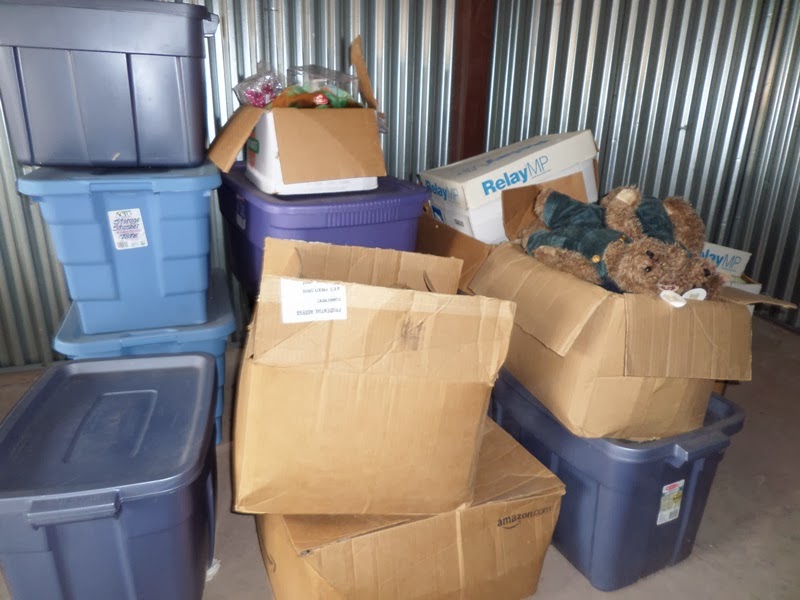 A wider shot so you can see how empty the unit is.... 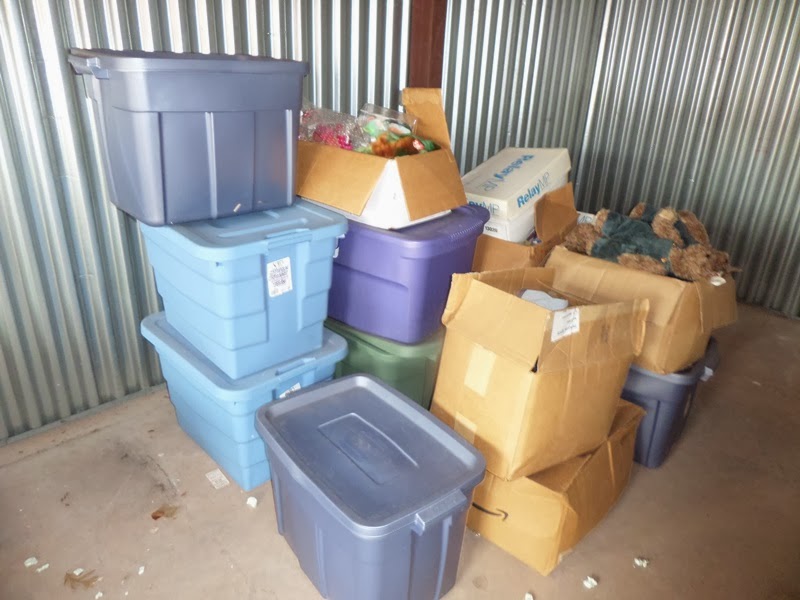 It's 12 tubs/boxes of stuffed animals still to go through. 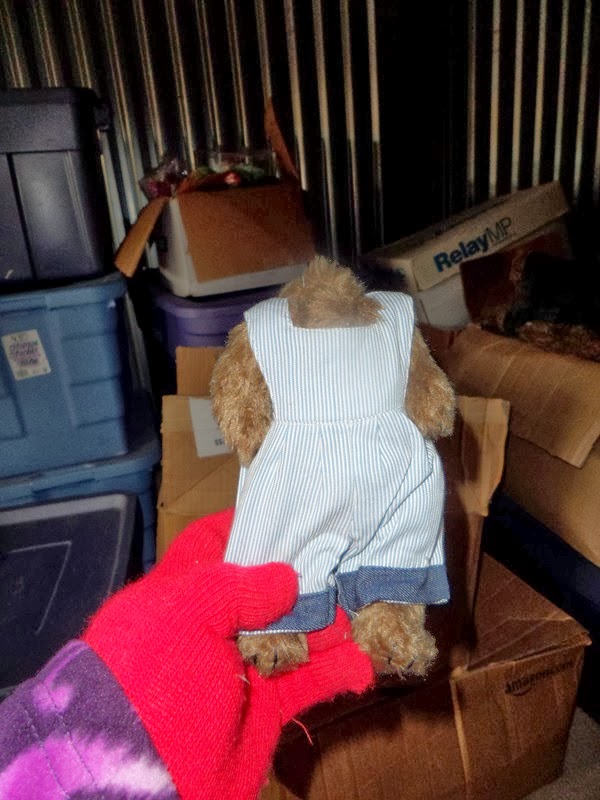 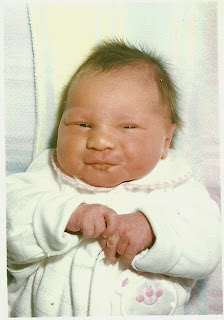 I "shared" this photo of her as a newborn on her Facebook timeline this morning.

I suspect she will be angry with me, as all her cool friends will see this.
At least I didn't post one of the MANY home movies I have and REALLY embarrass the crap out of her.  ;-)
Happy Birthday to my baby girl!
Mom loves you then and now.....

Sluggy
Posted by slugmama at 1:34 PM