The Circle of Life Sluggy-Style


Here's a little nugget of genealogy I turned up this week.

While digging through old land transaction records in Campbell County, Virginia, I found this one concerning my 5th Great Grandfather, John Mason III(that's the designation we use to keep all the John Mason's straight in this line of mine, he's not necessarily the III but so far he is)and his 3rd wife(or 4th-the jury is still out on which number of wife she is) Frances McDearman Mason.  Frances(3rd or 4th wife)by the way is NOT my ancestor,  details are sketchy but it's probably(2nd or 3rd wife)Jane Parham Mason but definitely not the always given 1st(or 2nd)wife Elizabeth Gee Mason. ;-)

Just so you know Charlotte and Campbell Counties in Virginia are right next to one another and the parties and land concerned are located close to said counties' lines.
Anyway, here's the meat of it....


on Falling River in Campbell County for 80 pounds, paid by Patrick Henry in 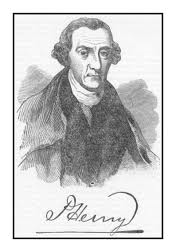 .....his widow Dorothea 400 acres of land.  The land sale was arranged in 1798 between John and Patrick but not legally completed until about a month after Patrick Henry died in June of 1799.

And Dorothea Dandridge Henry you might remember from THIS POST HERE (Day 6 of the Summer Road Trip)is my friend's DH's 4th Great Grand Aunt. 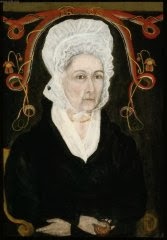 Trippy is it not?

Though neither the friend's DH or I have ever lived anywhere near Campbell Co., Virginia, and never traveled in the same social or familial circles, our respective families' DNA still reaches out and seems to attract each to the other.