January is the month where I pull out all the receipts, paid bills and such from the year just ended and start going over and analyzing all the data.

I have started the Christmas 2013 Spending Autopsy(will post that later this weekend probably) and the Yearly Spending category totals to see where we need to do better in the coming year. 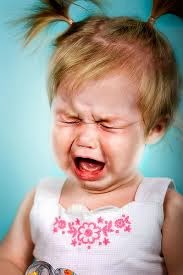 One of first categories was Car Spending.....Sonya Ann, you may want to cover your eyes while I talk about this one. ;-)

It was NOT a great year at Chez Sluggy for spending in the car category.....

Between a totaled car, buying another "new to us" used car, a rebuilt motor, expensive repair bills(four of them above $400 a pop-one was over $900!) and regular oil changes, parts replacements, we spent $7,186.86 on our "fleet" of automobiles.

And that doesn't include any GAS purchased to fuel said cars.
bleh.

At least I take consolation in the fact that we got off rather cheaply with the totaled car and having to replace said car.
With what insurance gave us for the totaled one and what the new used car that replaced it cost us, we were only out $1363.42(plus new registration/tags).  Plus our insurance only went up just short of $69 per 6 months with that claim.
But I was sad to see that totaled car go, as it was a great deal and in really good shape, well....before it got hit, it was. lol

The car Hubs bought to replace it has been bad news.  It did fine for a few months but then it developed 2 leaks, one in the oil something or other and another in the transmission.  One is repairable and the other isn't, as it would cost more than what the car is worth.
Ugh.
So Hubs is having to be vigilant about checking his fluid levels every week and carrying bottles of fluids in the trunk to top off levels or risk having something or other run dry and kill the car.
Don't you love my use of all these fancy technical mechanical auto terms? 8-))

Basically the replacement car has turned into a PITA car and he is making plans on how to get rid of it.  He wants to trade it in and get something else but once the dealer finds out what a fine driving machine*cough* this is, who in their right mind would want to take it?
I said we are probably better off just leaving the keys in the thing with a big sign on it "STEAL ME, PLEASE!" and then report it stolen. 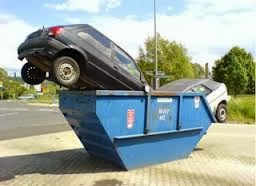 To bad we don't live in a flood prone area, like someone I knew in my 20's who lived at the beach and had a POS old VOLVO.  It had been flooded during a hurricane so it started only running when it felt like it, which turned out to be every 3rd Tuesday and alternate weekends from 11am to 3:15pm.

She got a phone call in the middle of the night a few months after the hurricane that her car was sitting in the middle of a major highway about 5 miles from her house, abandoned.
Seems someone had stolen her car that evening after she went to bed(who in their right mind, would want to steal an old, rusted Volvo station wagon?!?) but it stopped running 5 miles away and the thieves had just left it there at an intersection and fled.
True story.

If #2 Son goes away to college in the Fall we only need an extra car for 7 more months so Hubs may just limp along with this PITA car until then and then get rid of it, instead of replacing it soon.
I just don't know but personally I am not in a big hurry to throw more money into cars at this point.
As long as it is safe to drive if these issues are kept on top of, I say keep it on the road and keep the money in our pockets.

The fact is all of our cars are now becoming senior citizens of the car world.  My van, which was bought new, has barely 90K miles on it, but turned 10 years old last March.  I don't drive it much as I don't need to haul lots of kids anymore and I never go anywhere, so it should make it through 2014 without a lot of spending on repairs now that we had the rack & pinion work done.  I might need new tires but that's about it.  If it comes down to it, Hubs can use it for commuting, though it doesn't get great gas mileage.
Should cars start to fall apart again!, we have options before we dig into our savings for expensive repairs.  #2 Son no longer has a part time job or extensive band commitments and I don't need a car to commute to a job, so between the three of us, one job and three cars(that all have issues of some kind), we should be able to limp along until at least the Summer.

The goal is to get to where we only need 1 car but that won't happen for at least a few years yet.

As far as car spending in 2014, I hope to keep it below $8K including insurance this year.

So how was 2013 for you and your vehicles?
Did you spend a little or a lot on cars last year?
(I expect Sonya Ann to leave me a long comment/rant on this post! lolz)

Sluggy
Posted by slugmama at 4:46 PM

Email ThisBlogThis!Share to TwitterShare to FacebookShare to Pinterest
Labels: car spending, cars are suck holes for your money, depreciating assets, i hate spending money on cars, too much spent on cars

The July Giveaway is now OPEN.
Go to this link... https://simpleslug.blogspot.com/2021/07/ready-for-hot-sweaty-giveaway.html
to enter. Entries close on July 23rd. Good Luck All!