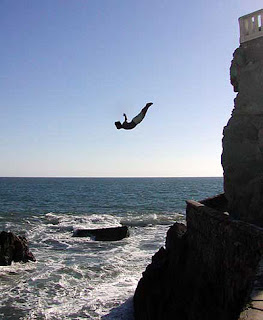 Well we got our first paycheck since falling off the cliff.
We have it direct deposited into the credit union.
My eyeballs nearly exploded when I saw a check with $300 LESS in it....$300 less for 2 weeks.
Yikes!
I grabbed the calculator and saw that if that $300 was 2% of our income, we'd be pulling in $390,000 a year.

Ummm, last I looked we were no where NEAR that neighborhood! lolz

BTW--someone making $390K a year is seeing $7,800 LESS in their take-home pay this year.  I am sure they are feeling the pain of that as much as all of us who make way less and are not seeing our 2%s.

Then I remembered that we have local taxes for the year, that are taken out of the 1st 2 paychecks in January, so January's pay is less anyway.
But still, that didn't cover a $300 reduction for 2 weeks of work.

And then Hubs brought home his paystub and there was a note on it.
A note explaining that the bookkeeping dept. of his company was asleep at the switch and took too much for something or other out of everyone's paycheck, and they would be adding this amount back in to the next check. 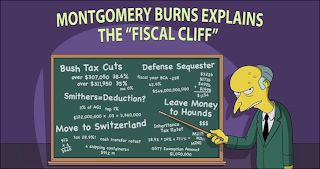 With the position we are in with the money, this "problem" was a non-problem for us.

But if we had no savings or emergency fund and needed Hubs entire check to cover our expenses for the next 2 weeks, having a $300 hole in the funds available could have been trouble.

Living paycheck to paycheck, with no savings would have meant going without things(hopefully not needs-like food or delaying paying an electric bill or mortgage payment)or putting some things on credit.
And if we had credit card debt already, it would have added to our debt load and/or added to the fees and interest we had to pay.

So my question to everyone......if your paycheck was reduced in error and you didn't have access to a significant chunk of money, could you weather that storm without financial repercussions?

Clearly $300 taken out of our paycheck in error was NOT a foreseeable problem, so there was no way to lessen it's impact.
Unless we lived below our means and made putting money aside for emergencies a priority in our financial lives BEFORE this happened.

Shit happens.
Make sure you aren't caught without a shovel.

Sluggy
Posted by slugmama at 4:55 PM

Email ThisBlogThis!Share to TwitterShare to FacebookShare to Pinterest
Labels: fiscal cliff, live below your means to weather a financial storm, losing 2% of take-home pay, payroll problems, save for emergencies, shit happens with your money