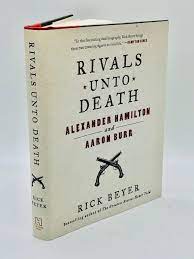 "Rivals Unto Death: Alexander Hamilton and Aaron Burr" by Rick Beyer
Not a big book but interesting about the love/hate relationship between Hamilton and Burr.  Sometimes they were friends and allies and at other times they were on opposite sides of an issue or down right enemies.  The term "frenemies" may have originated with these two.  If you didn't read the Ron Chernow book or you want more on this part of history then pick this one up.
* Organize Pantry  FAIL  Just didn't get to it.
* Hold Giveaway  PASS 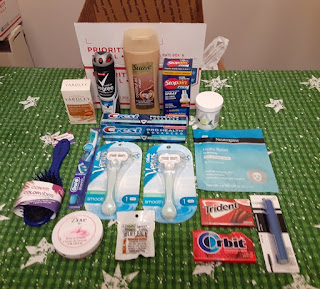 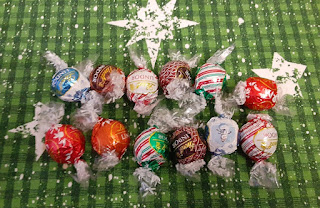 * Mail Giveaway  PASS  It was mailed and received though I hear the chocolate didn't last long. lolz
* Clean out Inserts/Coupon Envie  PASS 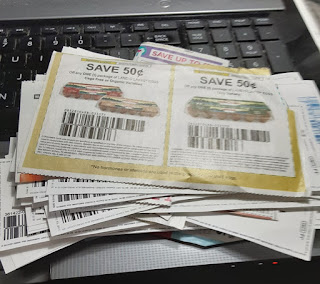 The stack of old expired stuff that got pitched.  Go me.

* Finish Editing Old Photos  FAIL  Didn't get to it all but I did a bit.
* Post about Old Trips  FAIL  Nope.
* Work on Genealogy  PASS  I was on fire in February with genealogy research!
* Re-Organize Toiletries Stockpile  PASS  The guest room/toiletries room got done.  I don't think I took a photo though(can't seem to find one anyway).  But with all the freebies I've got at R-A since then it's a big old mess again. sigh.
* Fill 6 more Giveaway Boxes  PASS  I didn't take a photo evidently but trust me, they are sitting stacked up on the floor of the dining room(well 4 of them that are left are).
* Roll/Spend ECBs  PASS  Yep, did that.
* Roll/Spend Bonus Cash  PASS  Yep, did that too.
* Clean my Desk  HALF and HALF  Cleaning my desk is an ongoing chore/project.  As soon as I pitch stuff and/or organize things it just accumulates more stuff.  I'll either keep this on EVERY To-Do list or just drop it altogether because we all know it's something that needs doing every danged month! ;-)
* Stay Warm  PASS  Yep, I managed to drop the heat a couple of degrees and donned a sweater or hoodie to keep warm without letting the electric bill get outta control!
* Eat down the Freezer/Pantry  PASS  We got down a level or two on the archaeology dig I call a freezer.  Of course, with new deals I managed to add back a new layer. lol
MARCH
* Pay Bills  PASS  Always at the top of the financial things to complete each month.
* Read 2 Books  HALF and HALF
Well I only read one book, not two. 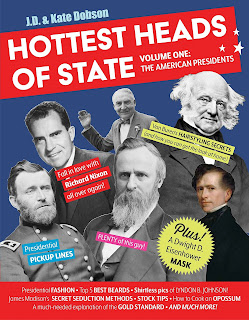 "Hottest Heads of State Volume One: The American Presidents" by J.D. and Kate Robson
I totally misconstrued the title of this book when I bought it at Ollies(Good Stuff Cheap!).  I thougnt "hot" meant foul tempered, mean, rotten, etc. not "hot" as is handsome, a dreamboat or desirable as a mate.  lolz  My bad.
But still, it was a light, fun read full of sarcasm, which I like.  And I still learned a couple of quirky things from it.  It was fun and funny and a change of pace for me and parts of it did make me LOL.

* Have Financial Meeting  PASS  Hubs and I had two meetings in February.  The immediate issue was about taking a 401K withdrawal to cover some irregular bills like the taxes, etc.  That was the easy part.
Then we talked about what made sense for us in terms of starting to take Social Security.  Now since I'll be claiming on Hubs since mine would be much lower than half of his we need to figure when he should claim since I can't claim until he his.  If he waits until full SS at 66 years and 10 months that pushes my claiming back until I am 66 and 1 month.  We did some calculating and with all our savings(401K/non 401K)and our annuity we actually will be more than fine if he claims later this year(and then I can claim too).  Still stewing some stuff over but right now that's the plan.
* Organize Pantry  PASS  Yep, I finally got to straightening the pantry out.  Now I just have to straighten out the stockpile in the garage....again.
* Hold Giveaway  PASS 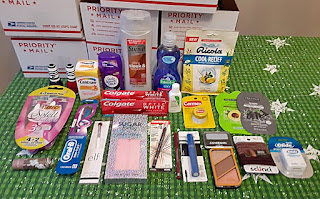 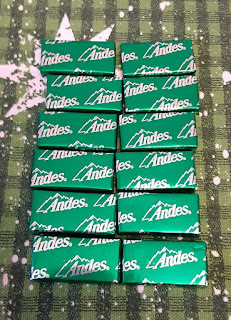 * Mail Giveaway  PASS
It got mailed out quickly and received in a timely manner and was much appreciated by the recipient.
* Clean out Inserts/Coupon Envie  PASS  No photo of this clean out but enough inserts got pitched as to fill up my small wastebasket.
* Finish Editing Old Photos  HALF and HALF  I did edit a few photos on the computer but I worked more on scanning old family photos from my mom's scrapbooks to digitize them.  Here's an example..... 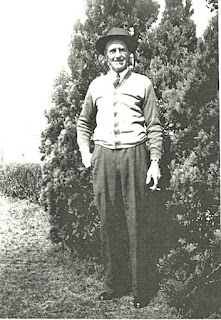 This is my maternal Great Great Grandfather(my mother's paternal Grandfather), Robert William Harper taken in 1950.  Born in 1881, Robert had a hard childhood with both of his parents dying before he turned 15.  He outlived his wife, 7 sisters and a daughter as well.  He was 69 in this photo and had written on the back "Looking good for 69.".  He died before I turned 2 so I have no memories of him.  I'll have to ask my brother who is 6 years old then me what he remembers the next time I see him.
* Post about Old Trips  FAIL  Nope.
* Work on Genealogy  PASS  See the item above on photos. lolz
* Roll/Spend/ECBs  PASS  I managed to extricate myself from the CVS merry-go-round in March.  No more ECBs to roll and I don't plan on going back(at least until Black Friday if their deals tempt me enough). ;-)
* Roll/Spend Bonus Cash  PASS  Yep!
*Clean my Desk  PASS  I did clean it good in March.
* Eat down the Freezer Pantry  PASS  We had a low spend month again in March and managed to eat from the freezer/stockpile a good bit instead of bringing more into the house(besides Ibotta deals).  Go us!
So now I am caught up at least for a few days until April ends. lololz
Sluggy
Posted by slugmama at 11:08 AM

The June Giveaway is now CLOSED.
Thanks for entering!