Well I didn't get nearly enough done yesterday as I had planned....especially the number of eBay listings.
But I did make it back to the stores for food shopping.

First it was to the restaurant supply store....afterwards to be referred to as RSS.  Since I had to be over at the Orthodontic office to get #2 son's new retainer(grrrr), I went looking for the other location of my RSS.  Yes, I was pleased to see that there is a second location on the opposite end of town from the one that was flooded out in September. 8-)
So we found the store and I picked up "My Precious....My Precious".....cue Gollum music...... 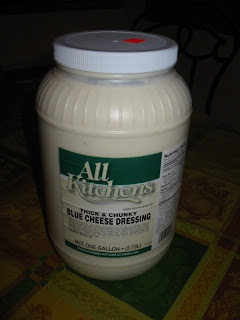 I know the fat & the chemically things in it will probably kill me but this brand is the BEST BLUE CHUCKINGFEESE DRESSING that I have ever eaten!
If I wasn't such a tightwad, I'd buy enough gallons of this to fill my bathtub and I'd roll around nekkid in it.
Seriously.
That.
Good.

I would steal pennies out of small children's piggy banks for the money to buy this dressing.
I would divorce my man if he made me choose between him and My Precious......
If I ever end up on Death Row, THIS will be part of my Last Meal before hitting the big Electric Chair, and I hope they wet the sponge that goes on my head under the headgear with this instead of water.

I just wish they sold it in something a bit smaller than industrial sized drum!  A gallon of Dressing lasts a very long time and takes up serious real estate in the fridge.  It is a bargain with the Devil I am glad to make.

On the other hand, large sized containers DO save you serious money in the long run. 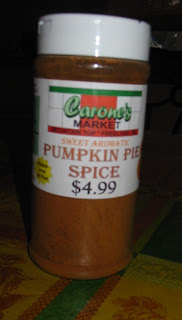 It's a jar of Pumpkin Pie Spice and yes, it was $4.99.  The local store buys and prepares their own huge containers of spices at a discounted price.
Why mess around with having to buy ground cinnamon, ginger, nutmeg and clove when I can just buy them already mixed together for dumping into pies? 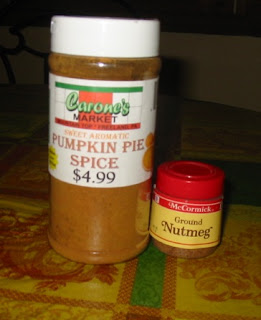 And yes, it will ALL get used before it gets old.  Not only will I become a squash piemaking factory between now and New Year's but this blend is good in many other things like savory squash sides, in chili(believe it our not!), in tea, coffee, hot cocoa, oatmeal and more. 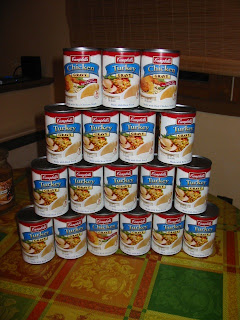 I'll be trotting back to Weis later today for more, well.....you know....lol