The Good, The Bad & The Sluggy


The Good News is--
I have sold 10 pieces of fabric in the last week.
The stuff isn't flying off my shelves as fast as I want it to but at least it IS selling so I can recoup some of the cash that is tied up with it.
The shipping costs are hurting sales I just know it.  It's not me asking too much as I am much lower than any fabric store with my prices.  It's good fabric it's just stuff I can't/won't use at this point in my life.

I have decided that packing/shipping fabric is WAY EASIER than the toys/collectibles New in the Box I use to sell.  Just shove that fabric into a shopping bag and then into a padded mailer and it's done.  No bubble wrap and extra padding so the boxes the stuff comes in doesn't get denting/crushed with collectible toys.  Geesh!

The Bad News is--
I started putting old/unsold stuff back up on eBay for the Holiday selling/buying rush.
I've got 11 or so items up so far and all I want to know is....WHERE ARE THE BUYERS!?!?!
Seriously I have NEVER seen it so dead on eBay since I started on there in 1998.
The lack of interest on there is making the decision to take all this to the Salvation Army instead very attractive.

The Good News is--that by listing items directly on eBay I can get 50 listings for free.  I usually list through InkFrog, the auction service I have used for years now.

The Bad News is--that I have to cut & paste all the listing photos and html codes from InkFrog into the eBay forms so listing this stuff which use to take me a few seconds in Inkfrog is taking me many many minutes.  Just getting the 11 items I got listed on Sat/Sun finished ate up half my day.
Ugh.

The Good News is--
We still had 3 apples left after I made an apple pie last week so I made Apple Dumplings Sunday night.  It was a riff on a new recipe.  I reduced the amount of sugar a bit but otherwise it was NOT low cal....lol..... 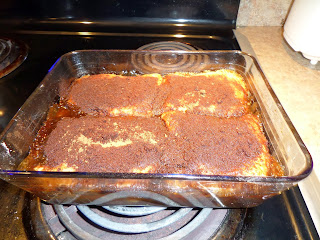 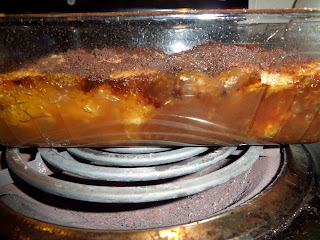 Not the traditional dumplings I make because you pour a sauce over the whole shebang before baking so it's like a wet bottom dessert(think shoo-fly pie)but really good otherwise.
It's heavy on the cinnamon(4 teaspoons!)which I really like.

If anyone would like a tutorial just say so and the next time I make it I'll take pictures and stuff.


And the Bad News is--
Our brand new HVAC mini split system is NOT heating.  We already had them out here in September because the a/c went after 2 months.  Hubs called SEARS for a solid week with no response.  I'd get a lawyer and sue their asses if I had half a mind.....

And the Good News is--
Our new a/c and heating system is FINALLY heating.
After over a week of daily phone calls to Sears, someone got their butt into gear and called the HVAC contractor to come make a service call.
It's UNREAL that a brand new, many thousands of dollars system is NOT working but even more UNREAL that the company we paid all that money to waited A WEEK to contact the service/repair guy to come out and fix it!!!
Thank goodness we also have some baseboard heating in the house or we could have frozen to death before they got around to getting someone out here.
Yah, it was in the 30's a few nights last week.
Totally unbe-freaking-lievable.......

Needless to say SEARS is on my shit list currently and they won't be redoing our kitchen or anything else here.  Too bad they ignored us for a week because they just blew selling us some other home improvement services.
Do you hear that SEARS?!?

So what's the Good/Bad News in your world?