A Whole Lotta Nothing Good this Week 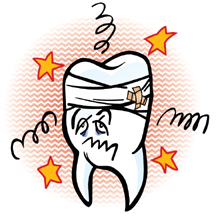 One more day until I get my tooth fixed folks!
The last 2+ weeks have not been great here and I apologize that the blog content has suffered.  It's hard to get motivated to do anything when you feel like crap.

My dentist appt. is tomorrow and now I can't find the appt. card with the guy's name and location on it or the x-ray my dentist gave me to take to him.
Just great.

My To-Do List for February has suffered as well.  I've gotten Jack Shit done.  It's hard to focus when you have a mouth full of hurt and have been on painkillers most days.  Heck, I can't even focus long enough to read a chapter in my current book.
I've been lucky to remember to pay the bills this month!
Oh, wait!!  I forgot one......  Hopefully I'll remember to pay it after I get this posted. lol

The one good thing about hurting is that I haven't felt like going anywhere or spending any money(besides the grocery store). 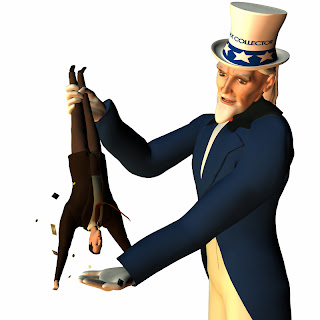 I usually do the state and federal taxes, but this year I handed them over to Hubs to work on since the Vicodin clouds my mind and in my drug induced state I might claim the entire population of the state of Rhode Island as dependents or something.
Mostly I wanted him to handle the Education Credit stuff this year since it became MORE complicated than in years past, due to the fact that we took distributions from ESAs for 2 of the kids.
The whole thing is a witches brew of taxable and non-taxable with inscrutable rules and formulas.
So in my lucid moments between pills I've been checking on his work and he made 2 big goofs(not claiming something and claiming way too much for something else) that I am glad I caught.
I ended up being hands-on with the return anyway. sigh
I've got it all filled out except for the supporting charitable deductions "in kind" list.  I'll be finishing it this weekend after the mouth is happier.
I just want it done and I want my dining room table back!!! lol

I got the FAFSA done too.  Only 1 child to fill it out for this year since #1 son is graduating in the Spring...yay!
I don't know why I fill this out anyway since Daughter will be going to a community college and she won't get any aid(not that she needs it anyway), but fill it out I do.

The marching band trip missing check debacle......the second missing check has turned up.  Both checks have been cashed according to my bank account.  #2 Son still needs to make sure they were both cashed by the band group.  So we have overpaid for this band trip.  Lovely.  I'll have to make sure once they figure out the final payment(which should be less than what I paid x 2), that I get any excess funds back.

#2 Son is in mourning today.  Seems the meeting about who gets accepted into the Young Scholar/College Program at the high school was yesterday.  They go by class ranking and he missed the cutoff by 9 spaces.  And his girlfriend got in.
And he needs 2 wisdom teeth extracted plus we think he has strep throat.
So there is no joy in Mudville today..... 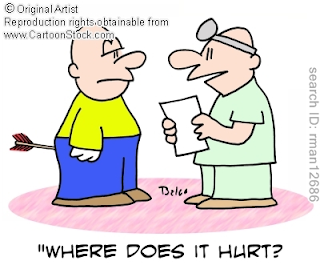 Oh and I fired our family doctor today.  Yes, the idiots who took over his office and management of his practice drove me to it.  I told the little 20 year old college student receptionist bitch today what I thought of them all.
Not returning phone calls......not telling patients that the dr.  is sick and won't be in.....not telling patients that the dr. has NO ONE currently covering for him when he's sick and you need to go to Urgent Care until you actually talk to a live person on the phone, which you can't do for 4 days since they never returned my calls until this afternoon.
I am over this quack and his office of quackers!

Email ThisBlogThis!Share to TwitterShare to FacebookShare to Pinterest
Labels: doctor drama, FAFSA done, kid drama, not accomplishing much, painful tooth for weeks, stick a fork in me I am done, taxes are done mostly, waiting to see the dentist