Card Carrying Member of the FFV

I spent a good chunk of Sunday in the suck hole that is Genealogy.
I got past one of my brick walls and found some rather interesting(to me at least!)peoples there.

I also worked on your tree Sonya Ann and found some interesting folks related to you by marriage on your mother's side(not direct ancestors).  Yeah, I even get worked up about OTHER PEOPLE'S ANCESTORS and Allied Family.  I guess I'm a genealogy geek.  8-)

Anyway, back to my find.

Up until recently it was thought that Elizabeth was the mother of all of this John Mason's children.
John is purported to have had 10 children so unless she was the original OCTOMOM this isn't correct. lolz

This was all brought up to me by someone I have connected with through my DNA testing.  She and her brother matched my autosomal results and we found that we are related genetically through the Mason line.

She is the one who tracked down an old family record in a Sons of the American Revolution application that some of John Mason's issue were from another wife, Jane Thweatt.

This marriage to John Mason was Jane's second, as she was the widow of William Thweatt previous to John.  Jane's maiden name has been uncovered as being PARHAM.
Jane Parham 1741-1803. 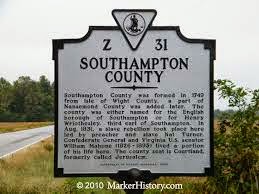 **Interesting tidbit about Southampton County to use at your next cocktail party--The Nat Turner Slave Rebellion in August 1831 took place in Southampton County, thus it is also known as the "Southampton Insurrection", mostly by Confederate sympathizers and Southerners though. 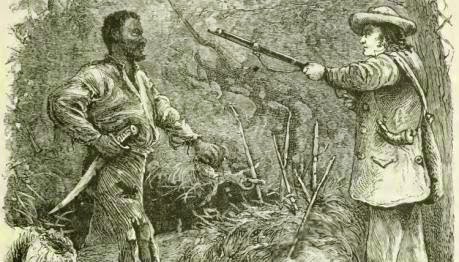 Back to Jane and John.....
William Thweatt died the same year as Elizabeth Gee Mason and by the following year in 1764 their respective widow/widower had married each other.

So this makes my direct ancestor Jane Parham, not Elizabeth Gee.

Tracing back from Jane, her parents were:
Ephraim Stith PARHAM (1723-1793)born Sussex County, of Sussex County, VA
Elizabeth thought to be RAGSDALE(dates unknown at this time)

This STITH Family Line discovery connects me to the Stiths of Virginia, one of the FFVs, or First Families of Virginia.

The progenitor of the line in America is John Stith from Kirkham, Lancashire, England.  He was baptized in the Lancashire Parish in 1642, came to the Virginia colony before 1656, settling in Charles Citie County, VA.  He was an attorney, a merchant and a justice of the peace.  He served in the VA milita for at least 24 years and ranked out as a Captain.
In 1691, he was High Sheriff of Charles Citie.  During Bacon's Rebellion in 1676 he sided with Colonial Governor Sir William Berkley.
(I discussed Bacon's Rebellion in the blog posts HERE *in reference to my Sneed/Snead line* and HERE *in reference to my Hunt line*. Both of these ancestors sided with the rebels in that conflict, whereas John Stith was part of the political machine of the time.)

Among John's children was Drury Stith(1670-1740)who married Susannah BATHURST(1674-1745).
Ann Stith is their daughter, making her the granddaughter of John Stith.
John Stith is my 9x GGrandfather.

This all makes me a card carrying member of the FFVs of Virginia and John Stith gives me yet another qualifiying member to join the Jamestowne Society.
Yeah, I am discovering pedigrees up the yahoo.

More on my Stith Ancestors later as this has gotten long.

What's that I hear you say?
Thanks a lot for the earworm??
Your welcomed! lolz

Sluggy
Posted by slugmama at 11:37 AM