*  Some of you may want to go 'fortify' yourselves with some adult beverages before reading this.
It's a rambling missive in which I reflect on economic things and I do a fairly good impersonation of Henny Penny.   I will try to be perkier on Friday.  *

As we go into a brand new world after this election cycle I foresee things changing in this country.....but only changing for the worse for the average citizen no matter which "party" takes control. 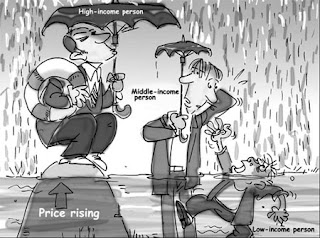 I see lots of people struggling.....struggling everyday just to hang onto the life they have now.  More people swiping Access Cards(food stamp cards)at the grocery store or putting things back after they run out of cash at the register......people not filling their gas tanks fully at the gas station......store parking lots seem a bit emptier.....the number of cars in the parking lot at the food bank when it's open is noticeably higher, et cetera.
With the growing rate of inflation, and the hyperinflation that's sure to come eventually if the course in this country isn't changed, it will be getting harder and harder to just maintain our lifestyle as it is.  Doing better financially is just not something that most of us can even hope for anymore!

As prices rise, more and more families are slipping off the cliff and falling into not being able to sustain themselves.  The wise ones are downsizing from their unaffordable ways, buying less and buying cheaper(though buying cheaper isn't always wise in the long run).  The ones who saw it coming put their heads down and braced themselves for austerity.  Hard times had forced many into trying on the frugal lifestyle.
While the rise of frugality in 2008 was an anomaly of the time that marked the beginning of the Great Recession of the 21st Century, the level of frugality we have now 4 years later indicates that it is NOT just a passing fade and that it has become the "New Normal" in this country. 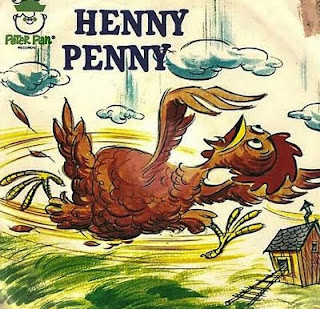 Now I can understand the group of people who want to change their lifestyle but are unable.....I mean those who, due to a lack of education or resources can't do anything beyond the same stuff to improve their standing in the economic world.  Then there are the people who can't work due to age or disability or mental illness mostly.  Granted this is a very small group.  Even some who are disabled or old or mentally unstable can find ways to bring in money if they put their minds to it.  I've seen it.  These folks are going to have a hard time getting some national chain business to hire them for a 40 hr. a week gig, but there are ways to bring in money.  You just have to be open to different ideas of what employment means and what an acceptable lifestyle is and embrace an opportunity when it comes along.

Notice that I didn't include the economically oppressed in this first group of the financially fragile.  While most of the poor have few economic options they do have their mental and their physical faculties going for them.  How else does one explain the success of many of our ancestors, who came here as poor immigrants, with nothing but a sack of belongings and some not even being able to speak the language of the land?  If someone with all that going against them could survive and thrive in a mostly hostile environment, don't tell me that an able bodied young economically challenged person can't find a way to support themselves now.
But I digress.....

What I don't get are the people who refuse to change their lifestyles even when the reasons are staring them in the face!
If you were holding an anchor in your hands and standing on a ship that is taking on water......why are you not throwing that anchor overboard and using your hands to frantically bail the boat out?

That's what I see that the families who are unwilling to change their lifestyles are doing.  Continuing to hold onto the ways and lifestyle they use to have, even though their brain tells them that is NOT what they should be doing. 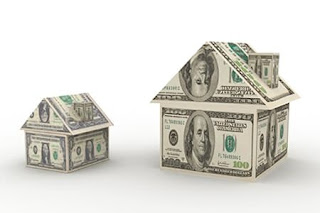 An example of this is people who can't afford the car or the house that they own.  At some point in the past, they bought a house or a car and could afford the payments/mortgage but due to economic factors(income loss, price of gas, property taxes, insurance, etc.), paying for that car or house means they live above their income each month.  The house or car is unsustainable in their life.  No matter what they juggle financially, they just can't afford to pay all the bills and pay for that car or home too.

They may try to cut something else down or out, like food.  This may only be a short term solution because if their life is suffering in some other category because they are using  their economic resources to support a house or car payment that is unrealistic for their income level, eventually their solution will fail and they'll still have to face that crisis again.
We had a family member recently who went through this exact scenario.  They had a car repossessed and needed $2K+ to get it back, which they didn't have.  Come to find out they couldn't afford the payments on this car due to their income and other lifestyle choices.  But they were insistent on getting this car back.  It was pointed out to them that maybe getting the car back was NOT something they should do, since because of the lack of resources, they would not be able to make the payments yet again down the road,  and would lose said car again....thus having to find another $2K+ to get it back, which they wouldn't have in their budget obviously to do so.
Why was this person holding onto this car so desperately?.....a car that was unsustainable in their life?
This person was so emotionally attached to a C-A-R, they couldn't see how financially toxic is was to their life!
I am happy to report that the family member ultimately decided to let the bank take the car back and used some unexpected cash funds to buy a used car that they CAN afford.

When folks realize they need to cut an item out of their life, why do people not do it?

--Is it because of the lust for the item?  They have talked themselves into believing that in order to be happy they NEED that item no matter the cost to their financial well being?

--Is it the "what will everyone else think of me?" syndrome, where our image in the world is so important that we'll put our financial well being at risk?  "If I lose my car or house, my peers will think something negative about me?"  How they appear to the world is more important than being solvent?

--Is is denial that a problem exists?  They are so deluded about reality that they don't even see there is a problem here?

--Is is fear of the unknown?  They know they have to get rid of the car or home but they are so petrified of what will happen when they do so?

--Or is is combination of any or all of these reasons that people make insensible choices in their lives with money?

* Do we need to lower our economic expectations in this country?

* Tell me how you stay financially sustainable....give me examples.  Maybe you'll inspire someone!

* Tell me your personal story about being financially fragile and what you have done/are doing to get yourself out of that state.

Sluggy
Posted by slugmama at 12:53 AM

Email ThisBlogThis!Share to TwitterShare to FacebookShare to Pinterest
Labels: being self sufficient, downsizing your life, henny penny, inflation, living above your means, living an unsustainable life, the economic sky is falling