Day Two dawned early.  The motel didn't have a proper breakfast so we packed and left.  This day was to have it's own obstacles like Day One.

We left Marion VA headed toward Tuscaloosa Alabama.  But first a pitstop at Mickey D's for breakfast on the run before we hit the interstate. 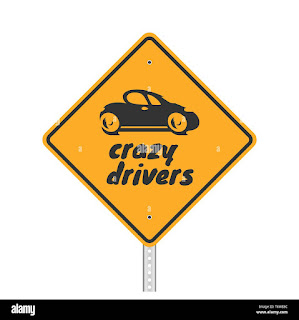 We headed southwest down I-81 into Tennessee.  Hubs dreaded traveling through Knoxville but I wasn't looking forward to going through Chattanooga.  Too much traffic in both but at least it wasn't tourist season.  We got through TN and passed into the Northwest corner of Georgia briefly.   We got off the road for gas and to hit Mickey's for lunch, to take to the first rest stop in Alabama ahead to eat and let the dogs potty and walkabout.  Hubs was so sleep deprived and rattled he paid for his meal and then drove right past the pick-up window without picking up his food.  I'm sure the employees there had a few laughs over their ditzy customer.  Luckily I had gotten 2 sandwiches(BOGO 1¢ Deal on my app)so once we got to the Alabama welcome center I shared with Hubs.

Then it was back on the road toward Gadsden and then Birmingham.  Oh Birmingham.  A word of advice about driving around B'ham....be very defensive!  Evidently not all Birmingham residents are aware that cars now come with blinkers(aka turn signals).  And driving at 80 MPH is the norm and weaving in and out(and on the shoulders too)at high rates of speed are everyday practices.  Somebody needs to tell Governor Meemaw a PSA is needed. *snort*  Just craziness on the Interstate there.

So we got clear of B'ham headed for Tuscaloosa and made good time.  Got to the motel and Hubs went inside to check-in.  And I waited......and waited....and waited in the car.  So I went to the lobby window and Hubs was on his phone and I gave him the "WTF?!?" look.  He gives me a "wait" signal so I wait some more.  Hubs comes outside a bit later to tell me what was going on.

Seems Priceline, whom we booked through, took our money and made our reservation but neglected to inform the motel we had a reservation!  So it was an hour of having to get in touch with them and luckily the motel manager was still there even though it was after 5pm.  We couldn't hand the phone over to the manager but Priceline had to contact the manager through their system to give the confirmation code and the motel's system timed out since they were taking so long to respond. ugh.

We finally got the room keys and hauled the dogs and their and our stuff into the room.  Again, no dinner for us but thankful to be out of the car after 9 hours and in the bed.

Email ThisBlogThis!Share to TwitterShare to FacebookShare to Pinterest
Labels: day two of our drive to LA, driving to Louisiana, traveling