Tuesday morning, after I took a quick dip in the pool and we had our free breakfast, we hit the road heading north.

First a word about breakfast.  We stayed at a Holiday Inn Express here in Fairhope Alabama.  It was the most expensive room we took on this trip but the breakfast was superb.

Ok, not Eggs Benedict superb but for a continental "included with the room cost" Breakfast it was great!  Lots of options, everything was either hot or cold(depending on what it was suppose to be)and the cinnamon rolls......let me just wax poetic for a bit about their cinnamon rolls.
O.M.G.

I tried desperately to figure out how to fit a tray of these into my purse but to no avail....sigh
These were the best cinnamon rolls I've ever tasted in my 55 years on this planet.
Not too sweet, not too dry and a butt load of cinnamon.  I am drooling just thinking about them.

So we hit the road, but not before stopping in at the Rite-Aid in Fairhope because I had +Ups and coupons expiring that day so I forced Hubs to go there. ;-) 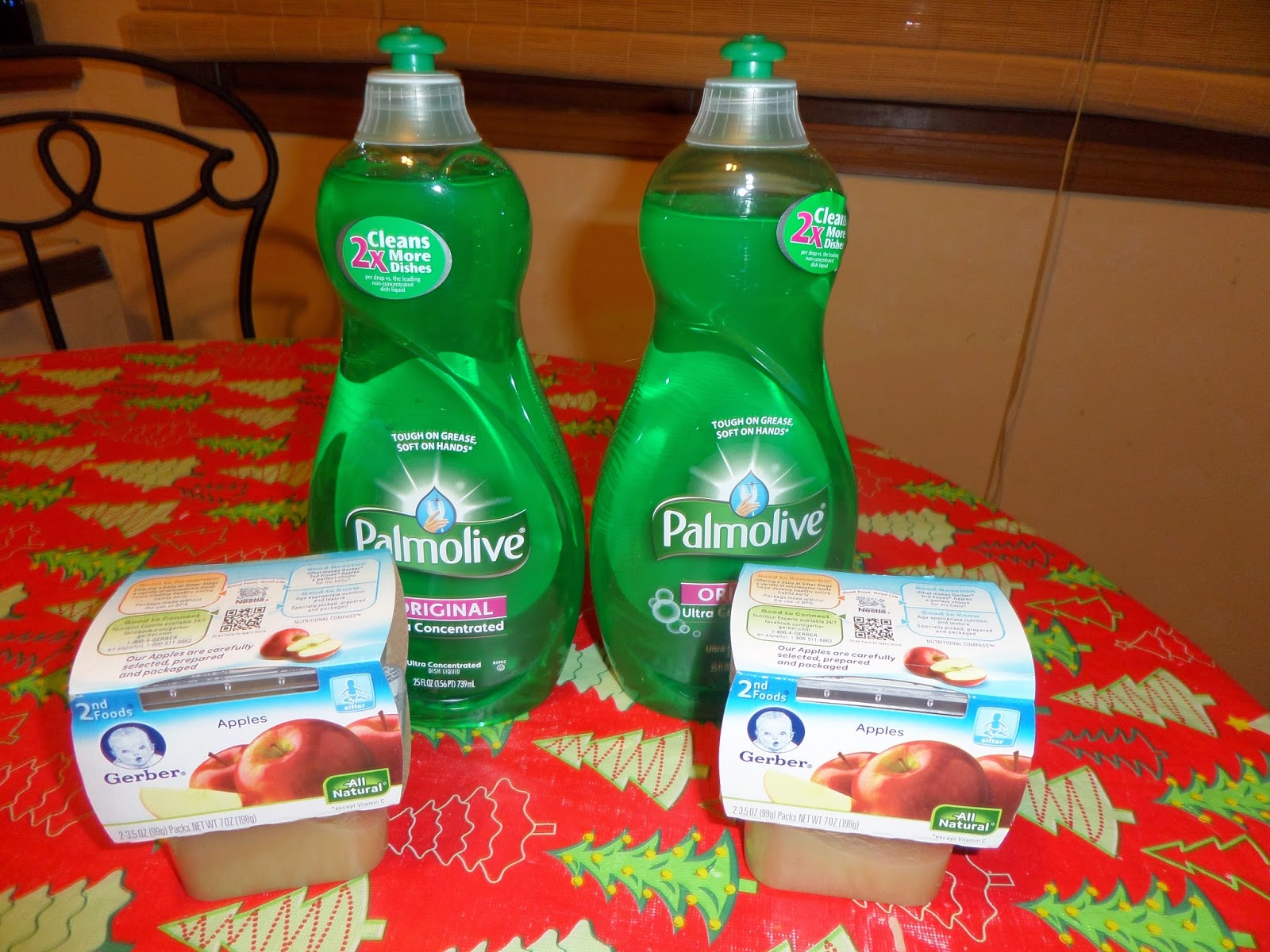 The applesauce was free after +Ups and the dish soap was .50¢ a bottle after rain check and coupons.

Then we hit the highway until we came to Spanish Fort about 11 miles away. lol
Saw a World Market and had to check it out. 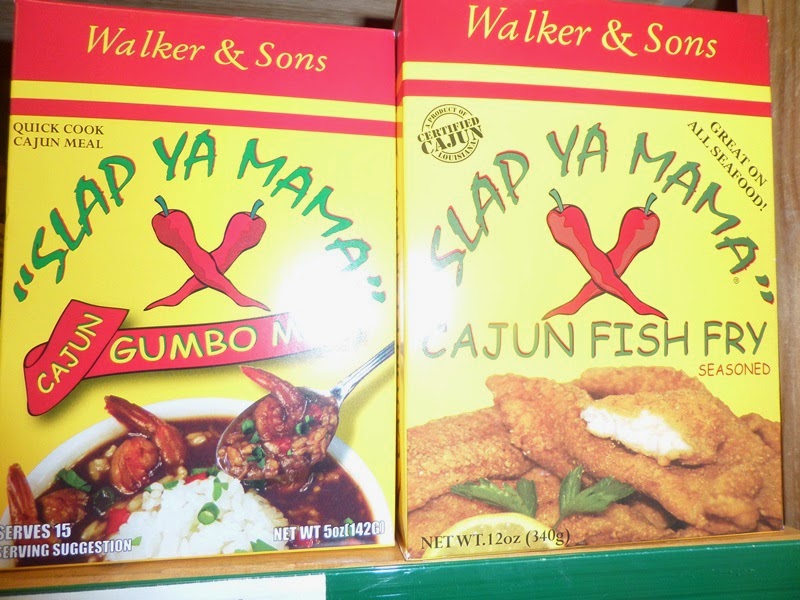 And it was difficult but I resisted buying this Chocolate Bacon Caramel Corn..... 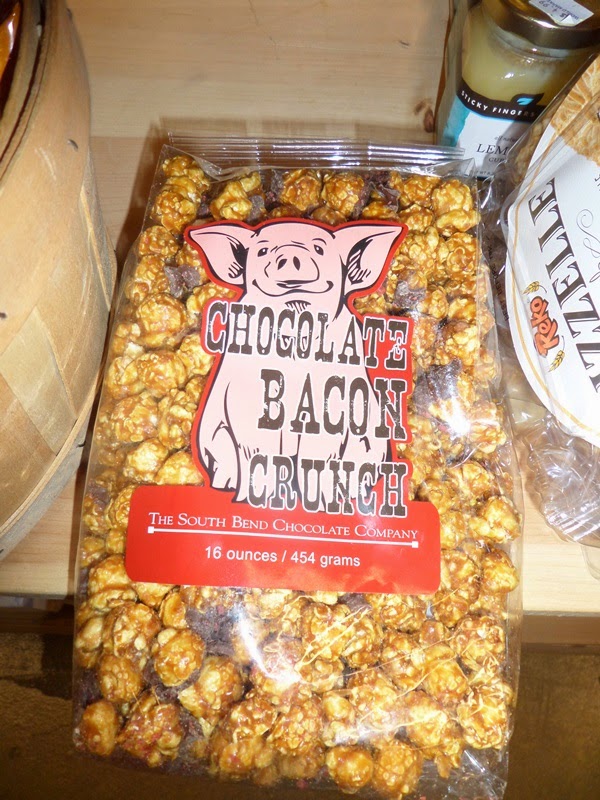 And this location had the Downton Abbey teas but at $11.99 a small tin, I left them on the shelf.... 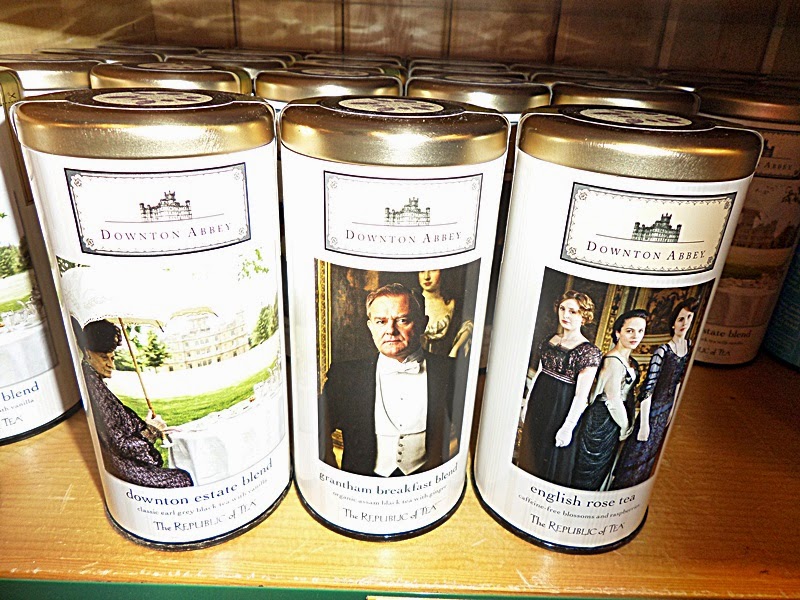 The bulk of the day was spent driving through Alabama.  I never realized how long that state was. 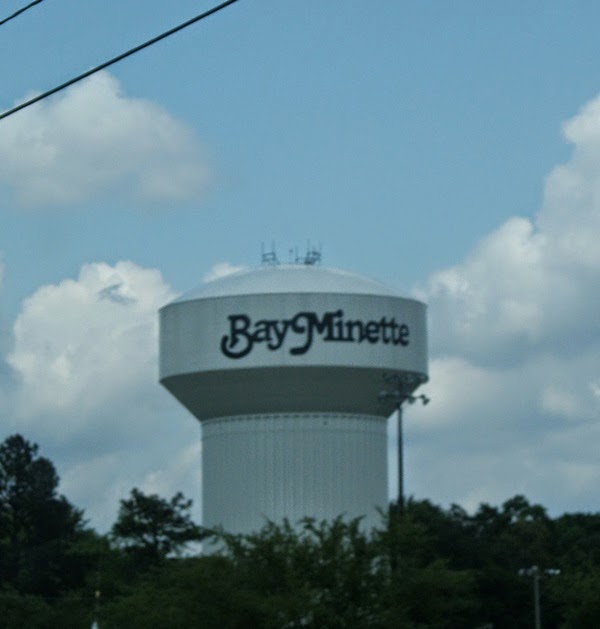 Up past Bay Minette and then onto I-65 and up to Montgomery and then onward to Birmingham, then east on I-59 to Chattanooga TN. 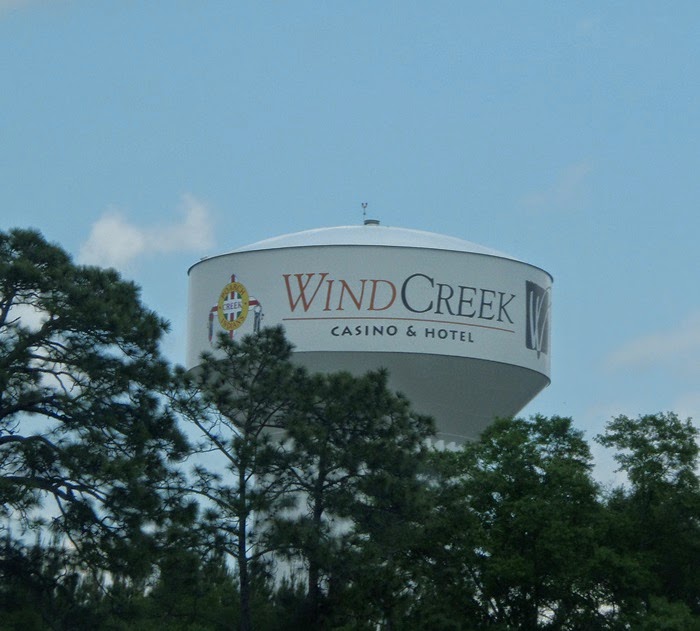 Yet another Casino we passed in Alabama that I didn't stop at.
Ssssh, don't tell Sonya Ann..... 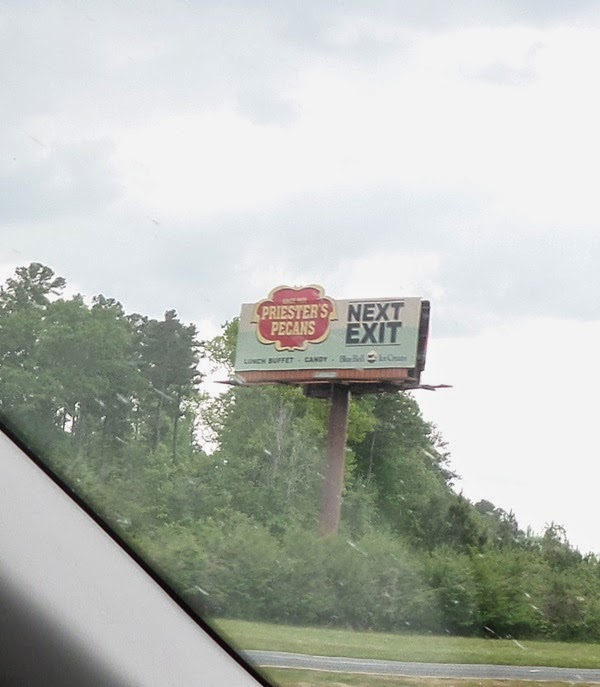 We did stop at this touristy trap along the interstate however. 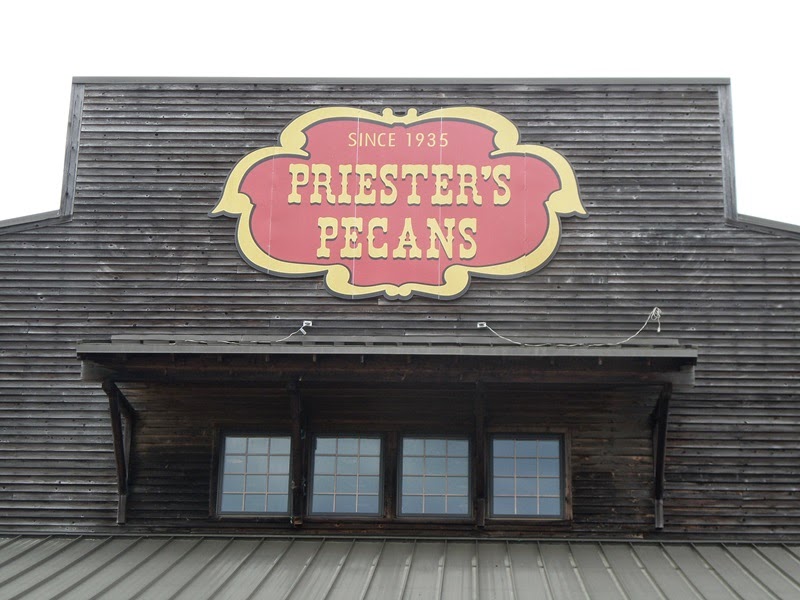 Priester's has been selling pecans since 1935, like the sign says.
We hit the free tasting samples and I bought some bags of pecan pieces for cheap....they'll be great in pies or pecan sandies.
The whole nuts were outrageously priced so I passed on those. 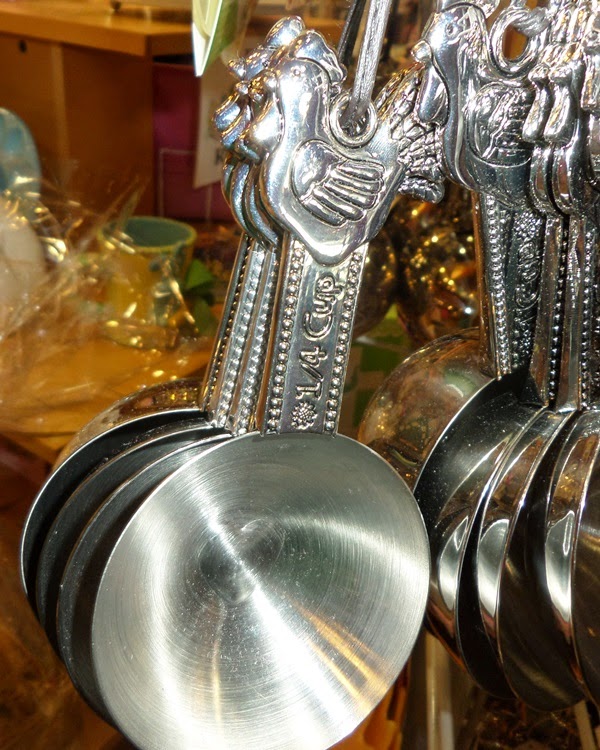 I did see these awesome decorative measuring scoops with chickens on them and thought of you Linda.
But at $40(plus tax)they stayed in the store. lolz 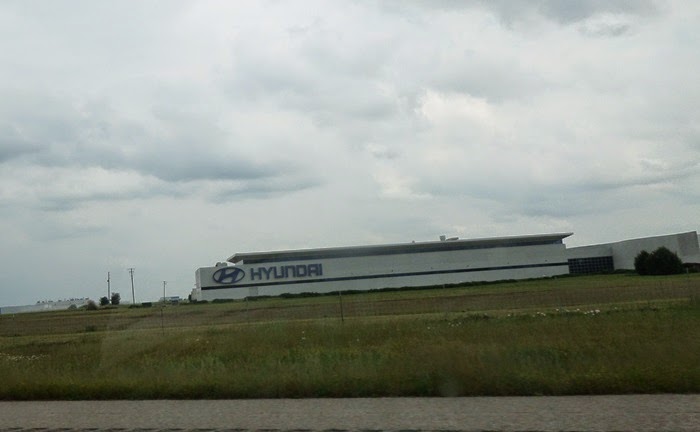 Not much scenery along this looooong stretch of interstate driving, except for a Hyundai plant. 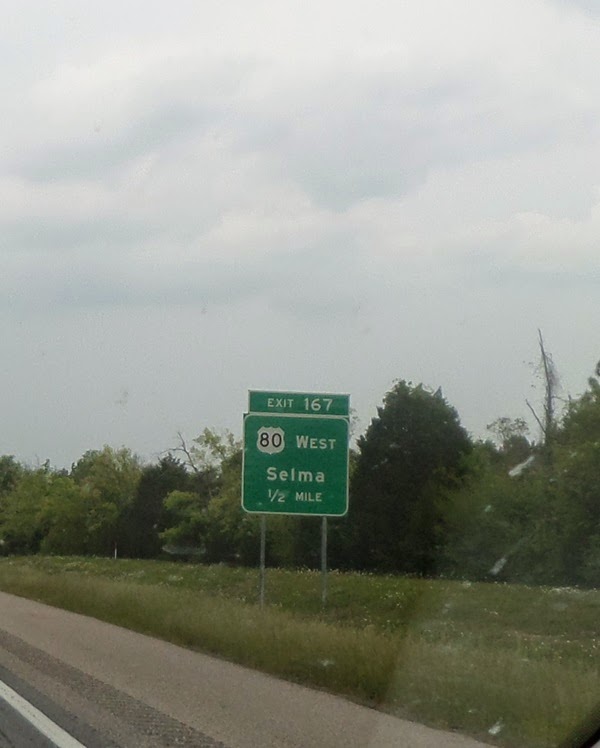 
I may have dozed off in the car for awhile....I blame it on cinnamon rolls. ;-)
We ate so much breakfast(and with all those free pecan samples at Priester's)we didn't even stop for lunch anywhere.

We got into Chattanooga around 8 and it was after dark.  It took all day to drive from the bottom to the top of Alabama and then into Tennessee.

We found a motel room right off the interstate and by the time we unloaded our bags and settled into the room it was 9pm.
Seeing as most of the food options near the motel for dinner were fast food, we ended up at Waffle House which was one of the few places nearby that was still open and not burgers.  At that hour a little light "breakfast for dinner" hit the spot.
Then back to the room for some shut eye.

I do hate long driving days but now it was behind us and we could do some fun stuff on Day 10 and 11 before getting home on Day 12....or so I thought.