Yesterday we went to his flute and piano teacher's recital for all her students.
After about a half a dozen 4 year olds banging out simple songs on the piano I am so over recitals. lolz

#2 was one of the last students to perform, since he is the oldest and this is his last year studying with her. 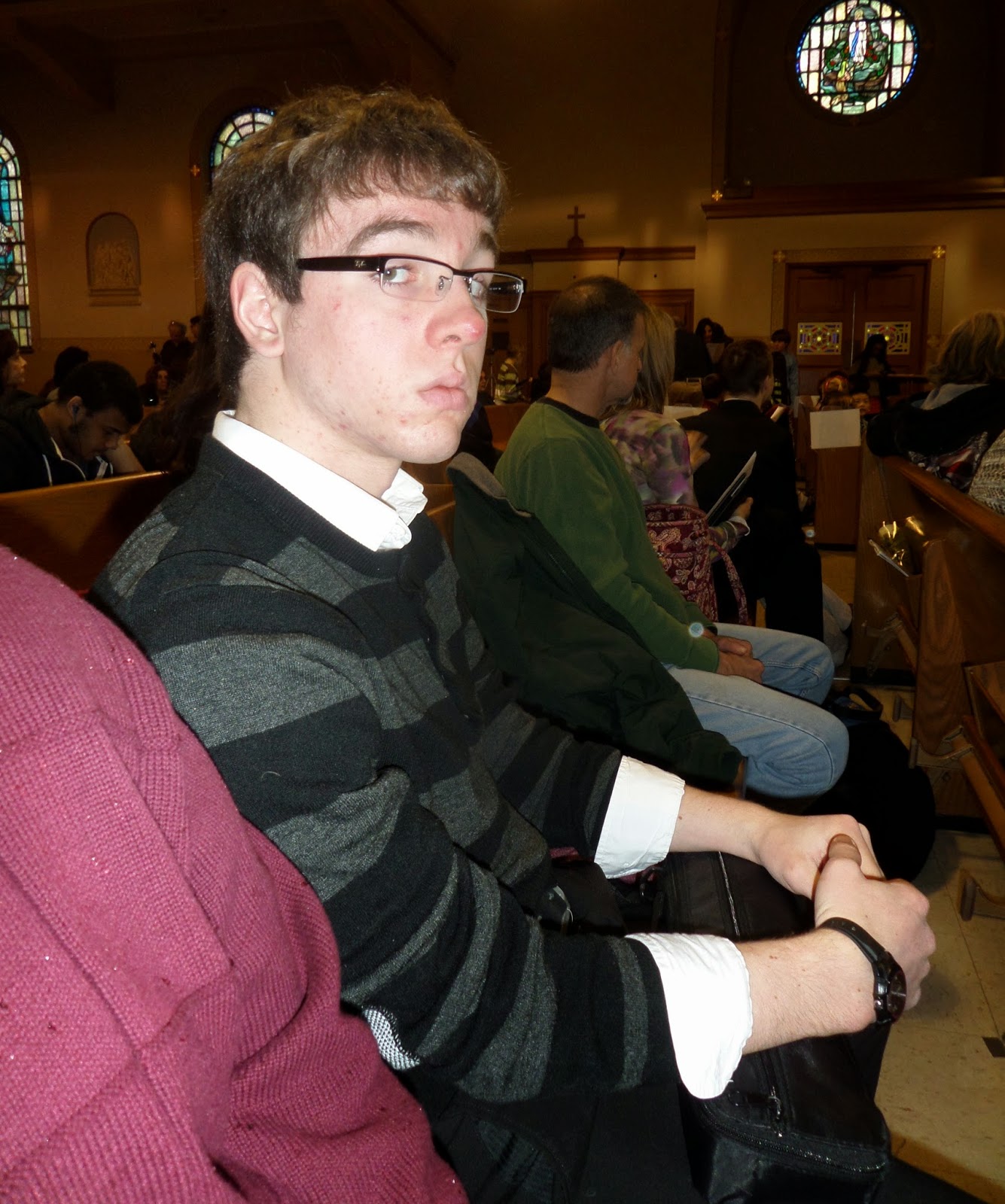 Waiting for his turn.  He doesn't look very happy now, does he?

His teacher gave a nice introduction(talked about getting into a music program for college and how far he has come in 2 years of studying with her, etc.)but you probably can't make much of that out at the beginning of this clip, since she talks too fast and the acoustics in this church weren't so hot.

Make sure you have some time to spare because this clip is about 10 minutes long.

And to show you that he is a true musical Renaissance Man, he spent 10 hours on Saturday with his band, recording tracks for their 1st CD at a professional recording studio.

If you want to hear a couple of the songs by the band he is in, go HERE.
The band is called Docile Sponge and #2 Son plays the bass in it.
They don't do covers, just original compositions.

And in his spare time, he works on flute beatbox.
He wants to be THESE GUYS when he grows up.

Whether classical flute or alternative rock, this guy is into music.

Sluggy
Posted by slugmama at 10:34 AM