Money Stuff After the 1st Quarter of 2018

* Grocery/Toiletries Spending after 3 months stands at $1261.72.  That breaks down to an average of $420.57 per month.  Right about on target for us.
I've "saved" $4006.34 buying our supplies on sale/using Qs/rebates over buying all our food/toiletries at regular retail prices.  I take that with a grain of salt since I wouldn't buy some of those regular retail prices ever(would buy store brands instead)so if I take half of the "savings" it's $2003.17....that seems more realistic to me. ;-)

* Eating Out Spending after 3 months stands at $570.92.  That breaks down to an average of $190.30 per month.  A bit high but we have 2 Birthdays(and thus Birthday meals out)in the first quarter of the year and nobody in my family likes to each out for their birthday at cheap places it seems.

At year's end I'll add that Refund/Cash Rebate $ back into the grocery Budget to offset some of our spending on food/toiletries.
After the 1st Quarter I've spent $1261.72 on food/toiletriesand gotten $140.70 in rebates/refunds leaving our actual spending at $1121.02 so far in 2018(if I added the rebates in now). 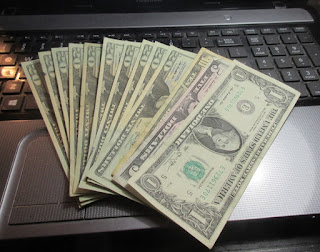 After adding this month's WAM that gives me $316 going into April.  As is my habit I doubt I'll spend much of it on myself.  If this trend keeps up I'll need to figure out what to do with it all at the end of the year.  Hmmm, maybe something splurgy for me?

* We have a change jar and I roll change once we have enough to roll.  At the end of the year I either add it to the food budget or some other goal I've been working on. 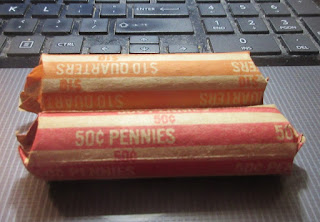 $10.50 is what we ended the 1st quarter with in change.  Back when Hubs was working we had a LOT more spare change to roll.....but I'll take it. lolz

We started the year with $2015.57 in assorted gift cards so we've used down $458.45 so far this year.
The Home Improvement store cards will be gone before Summer is over(yard stuff, paint, etc.), $150 of the Restaurant cards is earmarked for Hubs Bday dinner out so that will put a nice sized dent into what is left.
I haven't bought any gift cards this year and I don't foresee getting anymore at Rite-Aid(where I usually bought them)as the benefit(store rewards earned)isn't as good as they use to be(plus the store rewards earned expire in 2 months, so not worth it).
If  Dollar General has % off gift cards, that is where I'll pick gift cards up....but they rarely do this except around the Holidays.
Some of the cards I have are old now and I need to make a point of using them up.

I am off to pay some bills and figure out Hubs eye dr. bills which are a clusterf*ck.  They don't bill in a timely manner and then after I pay and Hubs goes in for a new visit, the office doesn't show our payments(which are mailed to a third party clearinghouse a thousand miles away in DALLAS TX!)so they make him cut a check AGAIN!!  I should have such a credit on his account there by now....argh.

What are you up to today?