Another Presidential Cousin But Not the One I Was Looking For!

* I want to mention here the passing of First Lady Barbara Bush first off and send my condolences to her family and close friends(of which she had many of each).  I always thought she was a breath of fresh air in the rarefied atmosphere of American politics and political families.  A classy and strong woman, devoted to her family above all else.  A good example in the world.....and that all was years before I had any inkling I was related to her in any way. ;-) 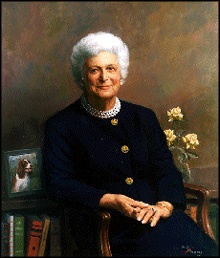 So I have this hobby obsession called genealogy.  I didn't start on this journey until about 10 years ago after my kids were mostly grown.  Before then I didn't have the time needed to devote to hunting up ancestors.

One of my fun missions within my genealogy meanderings is to see if I can hook my family tree macrame up to every US President......from George Washington to Donald Trump so far.

Some of these men have been easy to connect to since my mother's family lines go back to some of the earliest European settlers in America, the Jamestown Colony of Virginia.
Most mom's people never left Virginia once they got over here on the ships that brought them and her roots are deeply embedded in Virginian soil and Virginia official(as well as unofficial)records are accessible on line and there are so many family genealogy books written on many of these lines I have so it's been relatively easy to connect up with some Presidents.  It helps that 7 of our US presidents were also born in Virginia(Ohio comes second with claiming 6 US Presidents as native sons).

After about 5 years I found that I am cousins with Laura Lane Welch, known to the world as Laura Bush....... 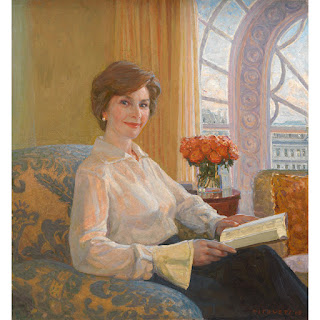 Laura Lane Welch Bush is my 7th cousin 1 x removed.
Without going through the whole line lets just note the pertinent parts.....
Her 6x GGandfather was William Allen and her 5 x GGrandfather was Valentine Allen.  Valentine's sister was Susanna Allen, who is my 6x GGrandmother.  This makes us 7th cousins and Laura is one generation ahead of me so 1 x removed from me.

While doing the research involved to hook up all the Presidents to me it seemed that I am more directly related to many of our First Ladies and related by marriage to our Presidents.

Since it is well known that GHW Bush's wife, Barbara Pierce Bush is a descendant/cousin of President Franklin Pierce(#14)-they are 4th cousins 4 x removed and share a common ancestors in Thomas Pierce and his wife Elizabeth Cole.

So I began tracking down my Franklin Pierce connections last weekend...... 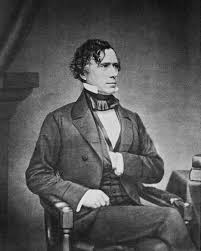 Nothing seems to be panning out as I tracked back, expanding his tree and tracing back from his ancestors into New England until I got back to the European side of things.
Nothing.  No straightforward connection.  I bookmarked Franklin Pierce and decided to trace up GHW Bus and GWBush's line to see if we share ancestry that's closer than marriage to 7th cousins Laura Welch Bush.

George Herbert Walker Bush(41) turns out is my 10th cousin. 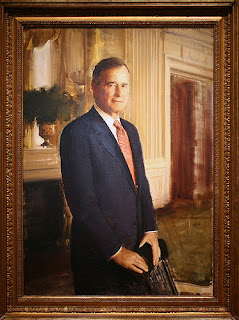 John Drury Stith is my 9th Great Grandfather as well.

So just add another generation onto GHW Bush's line and George Walker Bush is my 10th cousin. 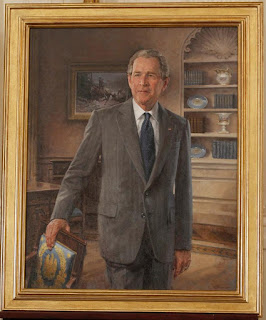 And Barbara Pierce becomes the wife of my 9th cousin GHWBush and the mother of my 10th cousin GWBush.


At this point the closest I can get to being related to Franklin Pierce is the wife of my 9th cousin(mother of my 10th cousin)who is 4th cousin 4 x removed of Franklin Pierce. 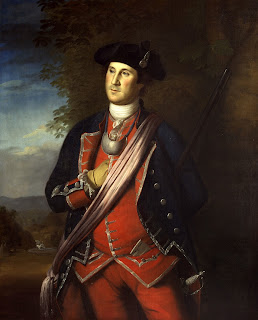 I'm working on a connection to Franklin Pierce now through George Washington's lines though so might find something cousin-like there other than by marriage. Did you know that if you "hook-up" to Washington's ancestry you are related in some degree to practically all the US Presidents?  George's lines won't get you related to Martin Van Buren or Donald Trump and maybe a couple others but it's amazing how all these men share ancestry!


Score card of Presidents/First Ladies related to me so far......