The World of Sluggy & What's Up in It


How is that for a stupid Post Title? lol

First off we took #2 Son out for his "My Bad Self is 18 Years old" Birthday Meal.
Of course he picked one of the most expen$ive restaurants around....... 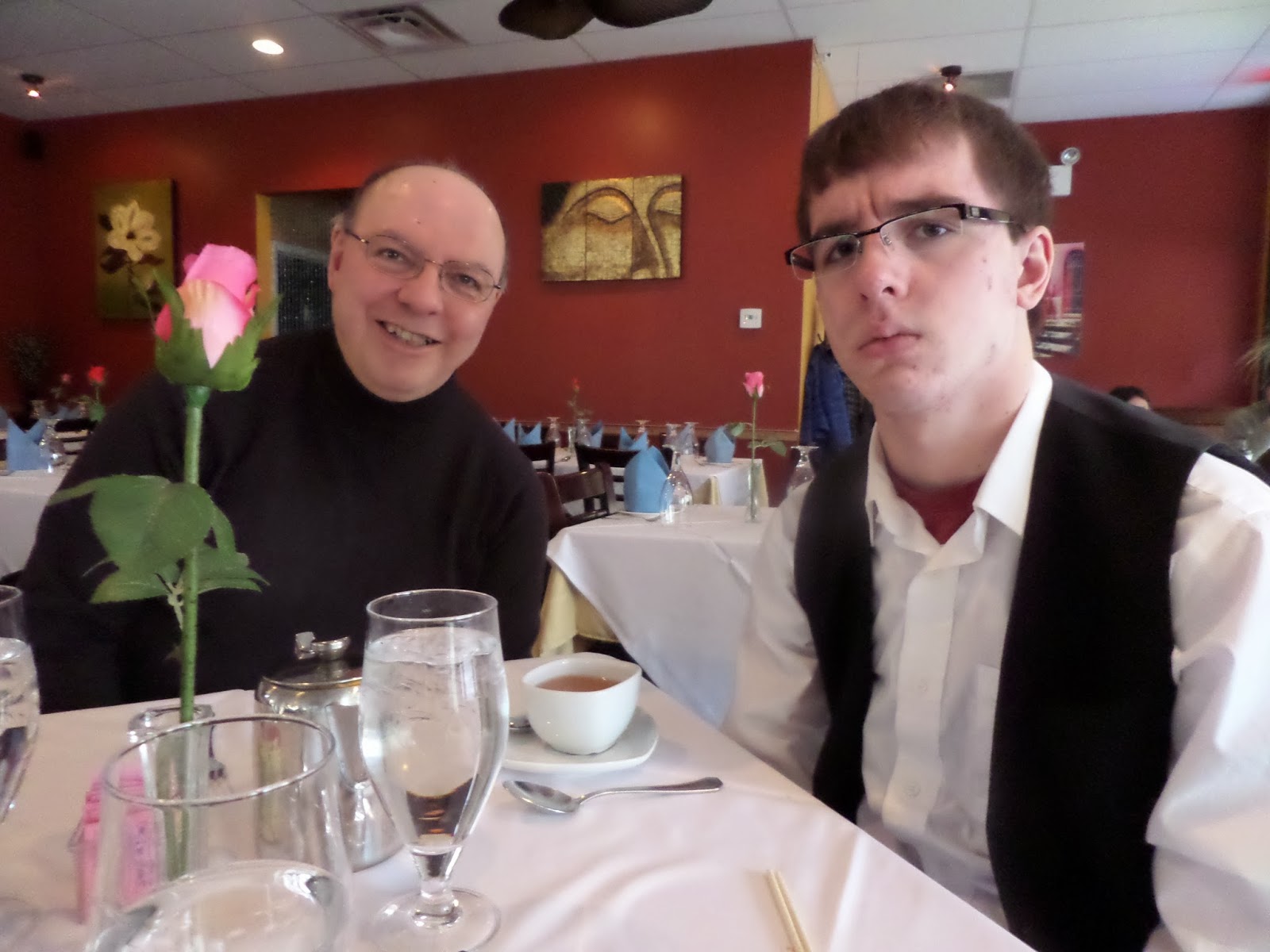 You think #2 Son is grimacing?  You should have seen the look on my face when the bill came!!
I am not a big fan of Thai food anyway but this place ccommits highway robbery.
I could have gotten the same dish for half what they charged at the local Asian dive where we usually go.  I suppose I am paying these high prices for the linen tablecloths and that cheezy fake rose on the table, huh?

Yah, leave it to me to bitch about taking the youngest out to dinner when he turns 18.
When can he leave home and stop draining my bank account anyway?  Now seems like a good option..... ;-) 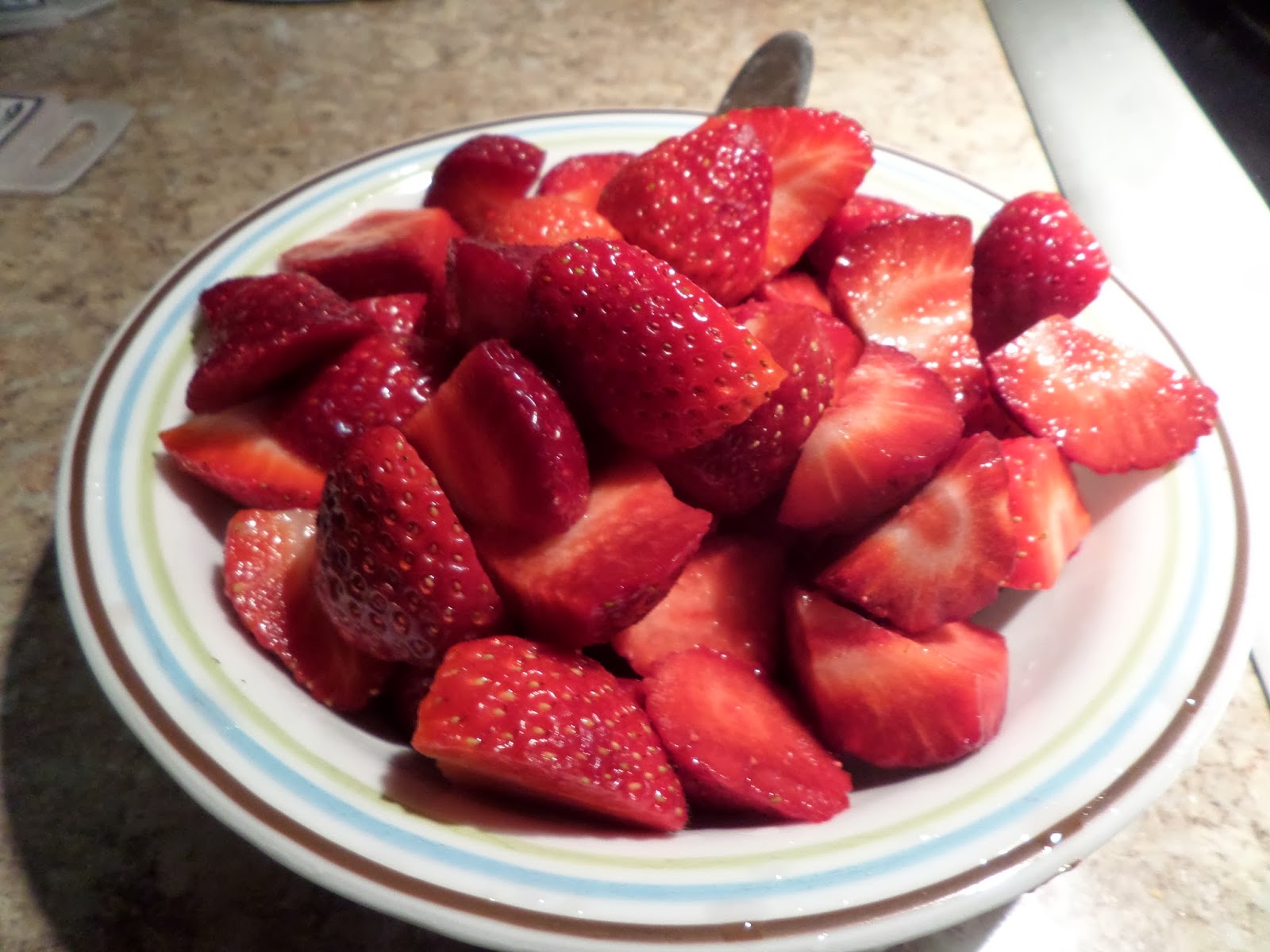 This is what happens when you buy 3 lbs. of strawberries and no one else in the house wants to eat them before they go rotten.
And might I add that these were exceptionally GOOD RIPE berries, which is unusual given the season is so early for them still.

I've also been eating differently than usual.  I've been trying to only eat when and what my body is craving.  This works well if your body is behaving and craving good things, like fruits and veggies and lean meats.  Not so good when it goes off on a bender and wants nothing but crap like chips and cookies. 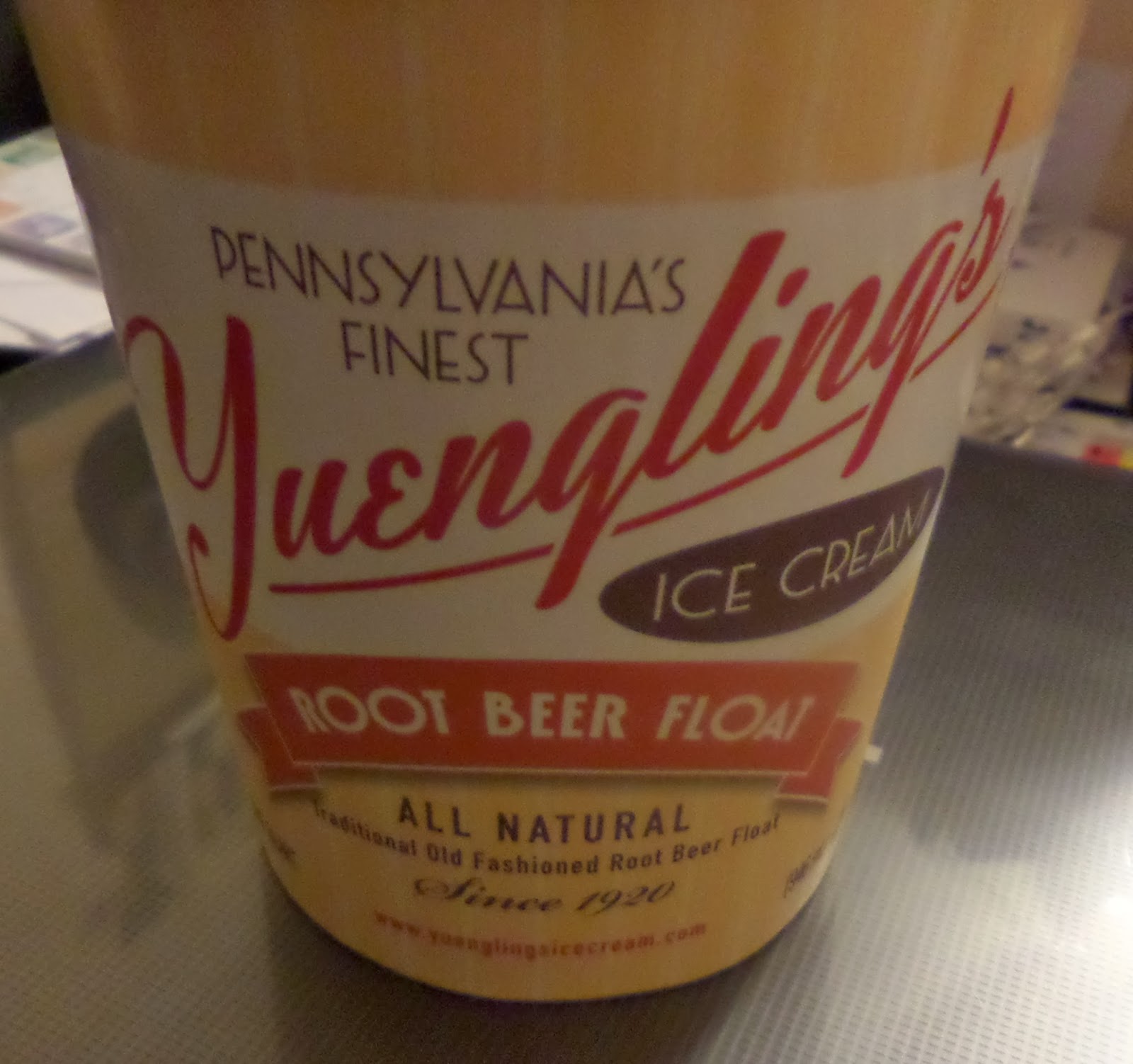 We live near the oldest continuously operated brewery in American called Yuengling's.
You may have heard of it?

Back during Prohibition, when no on could legally brew beer in this country , Yuengling's started making ICE CREAM to stay "afloat". (See what I did there?  Ice cream? Float?)
They discontinued the ice cream line when the people in this country came to their senses and repealed the 18th Amendment in 1933.

Recently Yuengling's decided to get back into the ice cream business and it appeared, if by magic, at my local Weis PMITA Markets.
So I took that as a sign that I should buy some.....and I did! 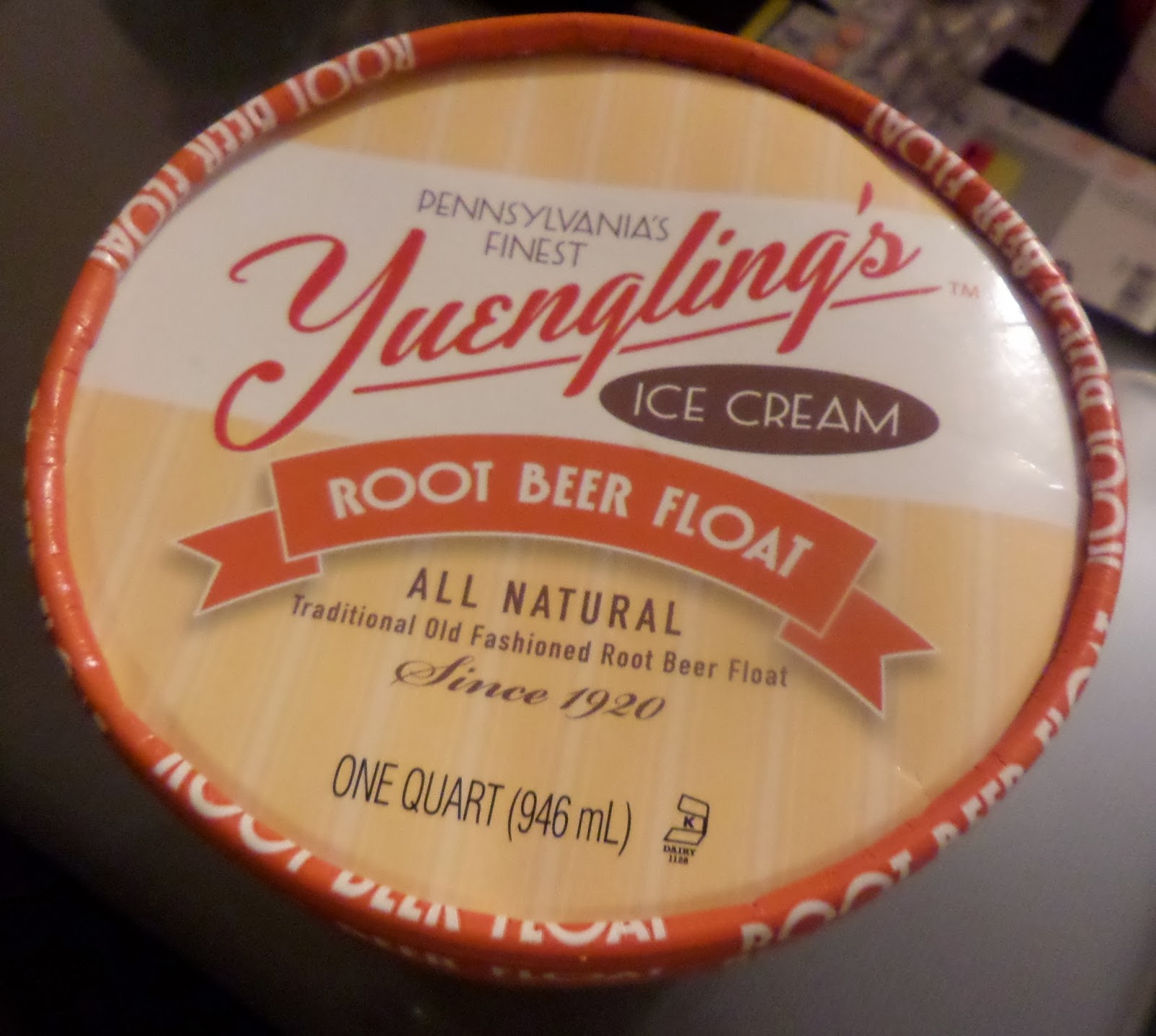 It was pretty good and how could I NOT like a flavor called root beer float?
It is a bit pricey however so I doubt I'll buy it again, unless it's on sale and/or I have a coupon.
*Note*  There is NO beer in this ice cream(mores the pity).
I was tempted to take a bottle of my Sprecher's Hard Root Beer and make an actual alcoholic root beer float with this, but #2 Son scarfed up most of this ice cream before I got a chance. Grrrr

When is that kid leaving home??? 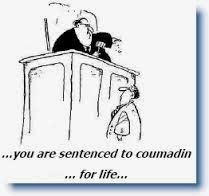 I got a call from the Coumadin Clinic earlier this week, frantically wanting to know why I haven't gone for my "pro-time" blood test so they can measure the "clottiness", or lack thereof, of my blood.
I told her my physician told me to discontinue the treatment and testing since it's been 6 months since I had that clot in my kankle.
Evidently the doc didn't let then good folks at the Clinic know I was released from treatment.
Not very "up" on follow through my new doctor.....

I also got a call from the medical caseworker I was assigned to last April when I had my health scare.
She informed me that since I was not a Medicare patient and no longer belonged to a certain health insurance plan, the company of which she worked for, she would no longer be following my treatment and calling me up sporadically to annoy me with useless chatter.
Ok....see ya!
She's a nice lady but seriously, I am not an 80 year old doddering old fool(not that all 80 year olds are like that!)who can't remember where I put my keys or what pill to take when, who needs "monitoring".

I got a burst of energy the beginning of last week and listed a set of fabrics in my Etsy store.  A flurry of sales activity followed within 48 hours of the listings going live(Yay me!)and after that?.....nothing.
*Crickets*

And when I went to pack one of the fabric lengths(I usually iron the cotton/blend fabrics before shipping them so they fold better into the envelopes and look nice)I noticed some faint stains(possibly were there when I bought it?)so I had to decide what to do.  I saw that the buyer made rag wreaths so I figured she was just going to cut this shit up anyway and a few faint stains wouldn't be a problem.
So I shipped it out and then emailed her about the possible problem and after she inspected the fabric we could talk discount and/or refund.
At least I got another piece of fabric out of here, right? lol
And as I thought, the stains were NOT a problem and I have yet another happy, satisfied customer.
Go me! 8-)))

So you would think with actually selling some fabrics I'd be motivated to keep it up?
Nope.
But I did list 12 more fabrics this morning and am going to try to get the rest of what I have measured and photographed up this weekend, and maybe relist a few listings that expired from the first go round of listings I made.  I'll hold back listing/relisting the flannels, corduroys and wools until later in the Summer because who wants to sew flannel with Spring almost here?

I went out on Tuesday to run some errands.
The Panera Bread place was beckoning me as I drove past, and seeing as it was $3 off a baker's dozen of bagels Tuesday I gave in and brought bagels home.
It's Friday and we are down to 3 bagels left.

I also went out Tuesday to pick up some goodies to take with me to Delaware next weekend.  I am making up little goodie bags for everyone who is attending the Bloggerpalooza.  Just a little something as a remembrance of Yours Truly.  It's been a challenge to figure out WHAT to put in the bags as I haven't actually met any of these people in person!  Yes, I correspond or read their blogs/they read mine and a couple I have actually talked with on the phone but I am starting to freak out just a little bit about going to this thing!  I know it will be fine but will they like me in person??  That remains to be seen.
"Insecurity Central" here......

But hey!, how could I NOT fit in with this bunch? 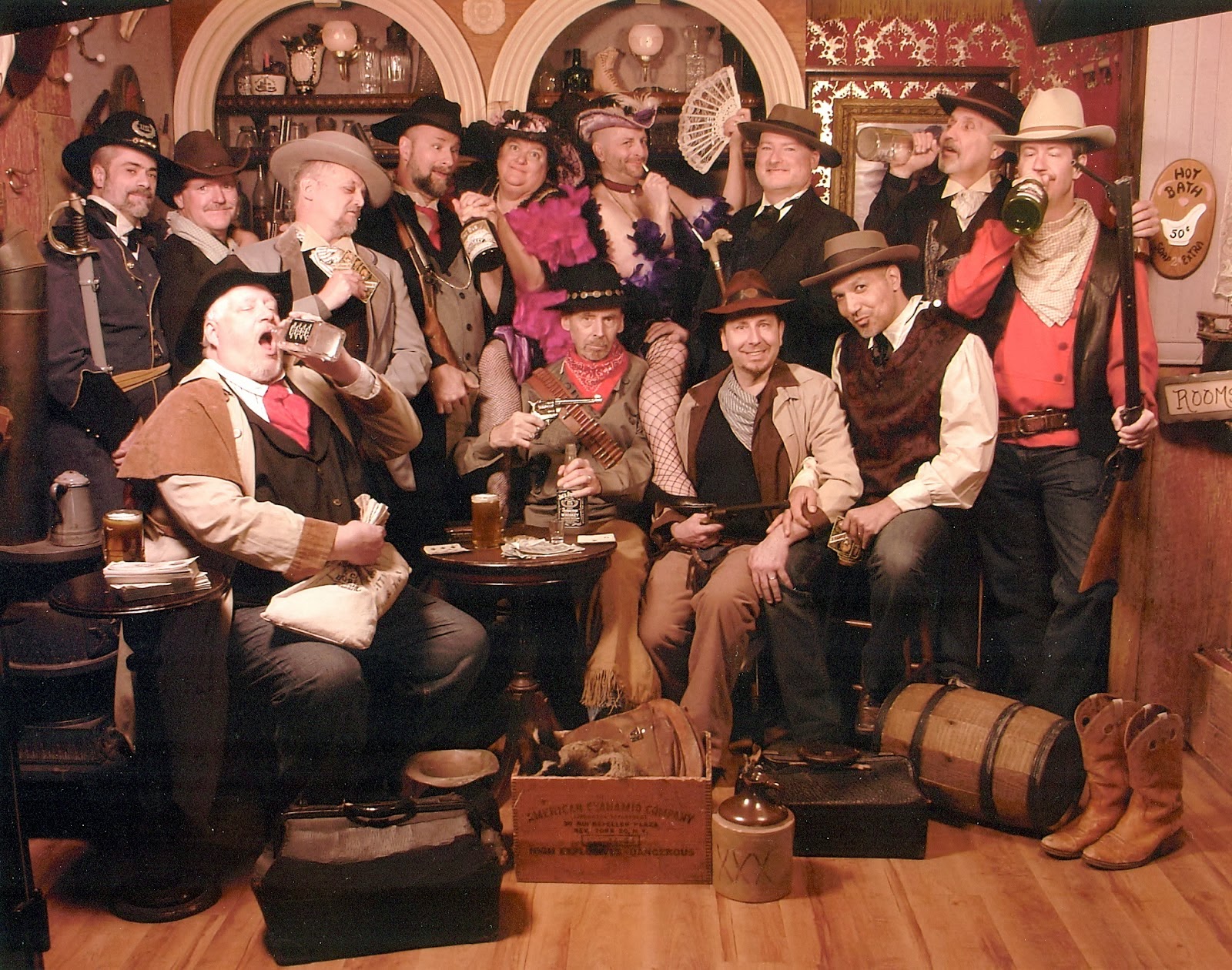 A photo from the touristy dress-up like an old West characters Shop from last year's gathering.

And on the car front, because you know, there are ALWAYS things going wrong with cars............ 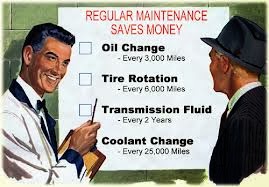 Hubs took my minivan in for inspection and a general tune-up/check the tires, belts, hoses and doohickeys, and an oil change.
$200 later it passed inspection, has new oil flowing through it's innards and got a new gasket for something or other.
But the word is we need body work done as there is rusting on the undercarriage which might cause it to flunk next year.
Fan-so-tastic!

The car is 10+ years old and just turned over 97K miles.  At least it should get me to Delaware and back no problem.

And that's about all going on here.
What's up in your world?