I Just Can't Fathom What Some People are Thinking!


I have been on a few local yahoo lists for years now.  One is a local Tag Sale or Yard Sale site where you can sell things.  Another is a local Christmas/Holiday list.  This one started out as a mix of folks who needed help providing Christmas for their kids, for whatever reason, and folks who have a want and the resources to help provide for these families.  It's like a cyber Salvation Army giving tree.  People who need help are spread throughout my state on this list and you can choose to play Santa for those who can't afford to at the Holidays, either folks who are local to you or you can choose to ship to anyone on the list anywhere in the state.

This second group was so successful that the owner/originator decided to start another group list with a similar purpose, but not limit the help to Holiday giving and not to limit it to presents for your kids/loved ones.  Any time of year and any type of help is acceptable to ask for on this list, for the most part.  You can't ask for a car or large sums of money, et cetera.  Physical items of lesser value(money toward paying a bill, used furniture for your apartment) and/or guidance(like legal advise or help contacting appropriate agencies for your needs)and/or personal help(such as rides to doctors, help repairing a roof, babysitting, cooking for someone ill)....that sort of thing.

About 4 years back, the requests on these lists started getting out of hand(parents asking for new gaming systems, computers, new smartphones, asking for gifts for grown children who could get a job and buy their own stuff, etc.)and too many cases of fraud(folks asking for help when they clearly didn't need it, and folks receiving help from multiple people without disclosing this)started happening.  The system in place started to be abused by a certain element of the membership which made those who were giving help decide to either drop out or severely limit what they gave/who they helped. 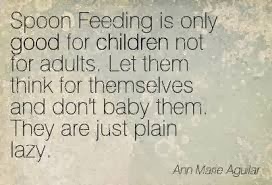 In January of this year, this email came across the "Year Long Help" List.  It's from a mother of a grown child asking for help for her daughter.
I was floored by what it said.

All the identifying information and names have been removed.
Here it is......

Here is the only response this email received.....

And here is the response from the original note's writer.....

"Hi all, Thanks for the advice. I personally think she needs to look at getting a job or some sort of income. She disagrees and says she's too anxious to ever work. She says that if she has a big family, then the various pieces of the government will help her, by moving her up on section 8 lists, free medical care, food stamps, etc. She plans to go to the various agencies next week, because she just found out she's a few weeks pregnant again and she says that will get her qualified fast for all this aid. I hope she knows what she's doing, because frankly, I don't understand it. I just always worked for whatever I could. Thanks; I guess time will tell whether she is right or wrong."

Now I have no clue what the background, what all went on in these people's lives the years leading up to this plea for help.
Obviously this daughter has some very disturbing ideas about being a grown-up and how one should conduct one's life.  And frankly, I blame her parent(s)for some of this, as it sounds like this mother was a major enabler and helped this daughter to end up at this point, thinking others owed her a life/a living.  Allowing your grown kid to continue to mooch off of you, her parent(s), just reinforced these notions that other people "owed" her something.

I try not to be judgmental, but seriously??
Since when is having another baby going to help your situation if you can not support yourself now?

And something bad which is not spoken of here must have preceded the state banning her from being around/living with her other children.  What makes her think the state won't step in and take a newborn from her too?

And how many other people out there in the society also have this thought process and seriously believe that society OWES them money/housing/transportation when they do nothing to help themselves?  This Entitlement Attitude seems to be growing in a certain segment of our society.

People like this are what gives social agencies(government backed AND privately funded ones too)a bad name and make taxpayers balk at their hard earned dollars being spent in an unwise fashion on social programs.

What are your reactions and thoughts to this email plea on behalf of this woman's daughter?
I am very curious to know.

Sluggy
Posted by slugmama at 9:26 AM

Email ThisBlogThis!Share to TwitterShare to FacebookShare to Pinterest
Labels: entitlement attitude, how would you respond to someone like this, some people refuse to change to help themselves