The Most Important Advise About Money You Will Probably Ever Read!

*Yeah, I KNOW my Post Title is a bit over the top but I DO feel that this Post information is oh so VITAL and if taken to heart could help so many people.
I am NOT showing off just trying to impart what passes for wisdom in my world...just open up your mind and hear the message.
--slug 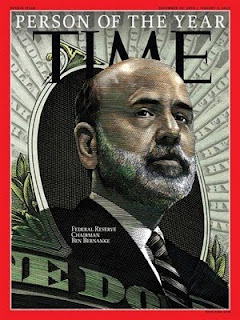 I am not some high finance guru.
I don't have degrees in economics or lots of designations after my name.
I don't manage oodles of money in stock portfolios that belongs to other people.
Benjamin Bernanke doesn't consult me before he makes high profile financial decisions....heck, he doesn't even consult me about which tie goes with his shirt each day.

I'm just a slob with some money who wants to hang onto as much of it as possible for as long as possible.

I read enough to be dangerous.
But I use some common sense to stay out of trouble with my money.

I am now going to impart onto you dear readers the single most important thing I have learned about money.
But before I do I want to explain how I came to this great revelation.

Some time in the past....waaaaaay back in my past I saw some statistics.

The statistics were about debt and how much debt people at different income levels carried.
Now in my simplistic way of thinking you would reason that as your income went up the amount of your debt would go down.

Person A who makes $20K a yr. would need to carry a 30% debt load to live a modest life since they don't make alot of money.

So if Person A made $50K a yr. they wouldn't need as much debt since they have more money to pay for things.

The statistics didn't bear this out!

What was happening here was that....as a person made more money, they increased their standard of living.  Even though Person A could live on what they made at their higher income level, without the debt load when they made less, they chose to increase their spending when they made more money and keep the debt component and even INCREASE it!
Instead of continuing at the same standard of living after the raise in income and throwing the additional money at the debt and eliminating it, they chose to expand their standard of living beyond what their higher income could handle.

This is something I don't comprehend.

If you have a standard of living that is fine.....you have shelter, food, clothing, etc.  Sometimes you have to have a reasonable level of debt in order to pay for this standard of living(mortgage, car payment, credit card debt, etc.)if your income is not sufficient.

Then you raise your income level.
And instead of keeping your same standard of living--which was just fine and dandy and do-able before-- and eliminating your debt with your increased wealth you choose to upgrade the things in your life and keep your debt.
And the statistics show most people not only keep the debt but choose to increase that debt!
In the statistics, the higher the income the MORE debt that person had!!

Now here is MY alternative to this usual American income/debt scenario.

You have an adequate income to provide for your needs plus some debt to maintain that standard of living.
Then you get a raise in income(promotion at work, new job with a higher pay, etc.).
Instead of raising your standard of living with that higher income, use it to eliminate your debt.

Do this every time you get a raise in income until you have no debt left.

After you have no debt feel free to take a little of that higher income and upgrade your life.
Buy a better car.
Buy a bigger house.
Take a trip.
Eat more expensive food.
Buy clothes from the fancy pant stores.
Etc., etc. etc....
But do NOT do this until you pay off your debts!
And more importantly, you do NOT go into debt to pay for these upgrades!

Of course, you'll spend CASH to do/buy all these things because you have left the debt lifestyle behind at this point!

And you won't spend ALL that extra income when it comes around!
No, no, no.

You will save some of it for emergencies.
Because sooner or later an emergency will happen in your life and you don't want to go back into debt because of it!

So this is my Earth Shattering, Ground Breaking Revolution about money......

***When you get a raise in income, do NOT arbitrarily increase your Standard of Living!***

We lived modestly.
When a raise came we paid off debt.
When the debt was all gone, we saved for emergencies.
After we built enough of a money cushion, we splurged a bit here and there.

Now it was not all smooth sailing.
There were bumps along the road.....emergencies......times we got off track and forgot to save and spent too much.
But we got back on course as soon as we came to our senses.

Was it easy?
Not really.
Especially when all your family, friends and neighbors were buying shiny new cars, bigger houses, fancy toys, exotic trips, and on and on.
It is hard being the one who doesn't have the new toys...at first.
But once you decide not to care what other people think of you and how you live, it gets easier.

And where has this way of living for the last 26 years gotten us?

We were able to pay off 2 student loans in 5 years after DH finished his Master's degree.
We were able to have me be a stay-at-home mom since 1991.
We haven't had a car payment since 1998.
We haven't paid interest on a credit card since 2000.
We have had a paid off house since 2007.
We are cash-flowing college tuition for 3 kids over the next 8 years.
We have contributed every month, since 1984, to our retirement accounts and will continue to do so until the job goes away or DH retires.

If you are toward the beginning of your working life, think very carefully about where you want to be in 30 or 40 years.  What you do with your money now is going to impact not only your life now but the life you hope to have in the future.
You can spend MORE THAN YOU MAKE and over the next 30 or 40 years use your money to pay debt on a lifestyle you can't afford or you can life more simply with cash over those years and have enough saved to take care of yourself in your 'golden years'.

Now go out into the world and use my Great Advice to your advantage!

Sluggy
Posted by slugmama at 2:03 PM

Email ThisBlogThis!Share to TwitterShare to FacebookShare to Pinterest
Labels: live within your means, living your life free of debt, simple advise on money