So I have been looking to score a deal on toilet paper lately.  It's been in the back of my mind that our stockpile of tp was getting to a point where I needed to be keeping an eye out for a great deal.
I have a love/hate relationship with TP.....hate to waste good money on something I am throwing away so I get it as cheaply as I can and when I find a deal I definitely buy A LOT! ;-)

I hit Ocean State Job Lot on Monday during their Annual 20% off Sale and picked up a few food items......... 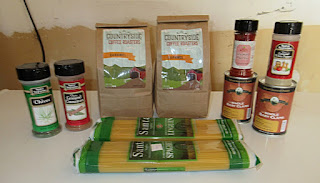 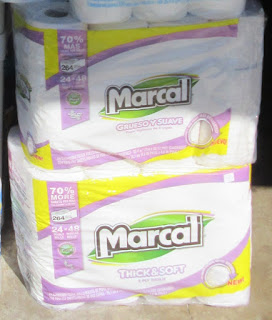 These mega-packs of Marcal tp were $7.19 after 20% discount.
Marcal is a brand I don't see around much any more, not since they released their eco-friendly/recycled "Small Steps" paper goods back in 2009. I think the last time I saw/bought a Marcal item was in 2014?
I got a ton of Marcal back in 2009 using deals and Qs(heck I even ran a guessing game/contest to see how many rolls of it I had).  Longtime readers will remember this photo of my storage unit filled with paper products from back in the day..... 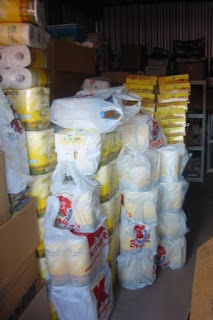 I had bought 474 rolls of Small Steps tp back then and we just used up our last pack of it late last year. 8-)))

Even though the package at OSJL didn't have a sq. footage break down on it, I know the brand and that it's economical as far as tp goes so I picked up two of those 16 roll packs.

Then Weis(PMITA)Markets had the huge packs of Scott tp on a Fantastic Friday deal for $7.  I went into the store for the Friday Freebie(they were out already!)and 1 jar of Ragu and left with the Ragu and 2 packs of Scott tp.  I had 2 Qs that doubled to $1 each so my huge packs cost me $6 +.36¢ tax each OOP.

I went into this week with no grocery budget left for September but happened to hear about tp clearances at Weis were going on.

So would you NOT check out the tp deals since you are at your budget limit or would you say "the heck with the budget!" and go have a look-see?

Seeing as I had the money to stock up on tp even outside of my grocery budget and the space in the garage, I went for it.
My September spending suffered a hit for it, but we are now awash in tp. 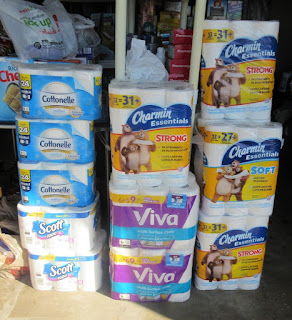 The Scott tp packs on the bottom left of the photo were from Friday.

On Monday I got 3 packs of Cottonelle TP, 2 packs of Viva towels and 10 packs(Hubs had already taken 1 of these to use so there's only 9 in the photo!lol) of Charmin Essentials(the "cheap" Charmin-except at half off it WAS actually cheap! lol).  They also had Northern brand for 50% off but the others were a better deal with the square footage comparison so I didn't get any of that brand.
I also had both IPQ and digital Qs to use for this or that.
All totaled I spent $33.80 with sales tax at Weis for 180 double rolls of tp and 12 double rolls of paper towels.

Add that to the 168 rolls I had left in my stockpile and we will be good for quite awhile.  Not as epic as my Marcal stash from 2009 but it will get us through a year or maybe two....or maybe not(have you seen how much tp Ex-CB goes through??!). ;-)

What good prices have you taken advantage of lately to build your stockpile?

Queen of the TP Sluggy
Posted by slugmama at 9:18 AM