From Figs to Catholic School to the Titanic

Ok, if this post title has you scratching your head, just keep reading and it will all make sense eventually.

About 2 weeks ago or so Hubs, Daughter and I were sitting in the den watching TV and talking.  I don't know how the subject came up but I told Hubs and Daughter about this funny Fig Newton cookie Song I knew from the early 1970's and then I sang it for them.
They couldn't believe it was a TV commercial and accused me of making this up.

Then Daugther found this video HERE on Youtube and I was vindicated.

Can't remember if I was in 5th or 6th grade when this commercial came out.
A school friend and I called each other Mama Fig and Baby Fig and we performed this dance/song at recess on the playground for our own enjoyment.

So of course my brain, being how it is, I got to thinking about the kids I knew back in grade school.
Besides 1 friend from that time in my life I haven't seen any of them since I left Virginia to go away to college, and most of them well before that event in my life.

So I dug out my 8th grade yearbook the following week and using my records access on Ancestry attempted to look up whatever became of some of the folks who I graduated from Christ the King School with.

You can't tell in the photo but I had a mouth full of braces which just added to the awkward 13 year old angst of hormones and changing bodies. lolz
The lovely crocheted vest I am sporting in the pic I made myself.

Here is a photo of my friend, the infamous "Mama Fig"......name withheld to protect the guilty... 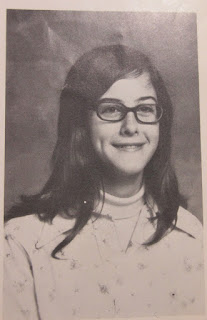 Seems Mama Fig has been married three times and divorced twice(unless husband #2 died-He was 13 years old than her).
Anyway she is on husband #3 and I hope she is happy.  Evidently she is not on Facebook because a search there turned up nada.

A funny fact I turned up is that Mama Fig's older brother ended up marrying a mutual classmate/friend we both had in 8th grade.  They are still married as far as I can tell from the records I could find..

Anyway, seems many of my 8th grade classmates have been married and divorced over the past 44 years.  A couple have died, one in her 20's due to drugs.  She was married, divorced, remarried and dead all by the time she was 25.  Many of the girls I can't trace as they had common maiden surnames and what with marrying and moving it's difficult to trace those. 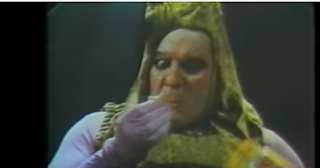 Then I got to thinking about the actor who played the Big Fig Newton on this series of tv commercials.
A search quickly turned up his name and some acting credits.  Most notably he was nominated for a Drama Desk Award for best featured actor in a musical for a really inane Broadway Revival in 1975-76 of "Very Good Eddie", a show originally from 1915.
But the work I found most interesting is a small part in an underground NY scene film from 1971 called "The Telephone Book".  It's about a sex craved hippie girl who is on the hunt to find the best obscene phone caller she ever heard.
I wonder what Nabisco would have thought about hiring Jimmy as the Big Fig Newton a couple of years later if they had known about this acting gig he had. ;-)

The actor's name was James Rhodes Harder.  But no mere hoofer was James.  No, he was a graduate of exclusive prep schools in Manhattan and Southborough, Massachusetts with a degree from Princeton University.

He is also the son of George Achilles Harder....... 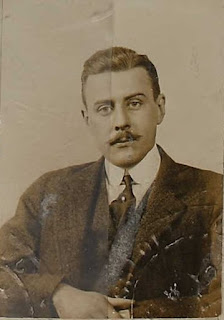 George Harder went down into history when he took his new bride Dorothy Annan Harder on a 3 month honeymoon to Europe in January 1912.
They got on the RMS Titanic in Cherbourg France for the trip home to New York.

We all know what happened the evening of April 14th and the early morning hours of April 15th to that ship.
George and Dorothy, 1st class passengers, boarded lifeboat #5 and survived the disaster.
George gave a first-hand account of his experience on the Titanic after they were rescued by the RMS Carpathia. 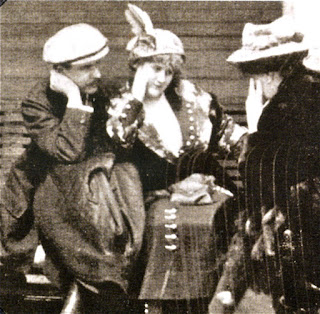 A well known photo of George and Dorothy Harder speaking with another survivor of the Titanic sinking.

George Harder was often asked to lecture/speak on his experience aboard the Titanic through the years but he declined to ever do so.  The stigma of having survived(now known as survivor's guilt)made it something he wanted to forget.
Dorothy and George went on the travel the oceans again(in 1916 to Asia)and have two daughters.
Dorothy suffered from kidney problems and died young in 1926 at the age of 36.
George remarried in 1928 to Elizabeth Peebles Rhodes.
In 1930 they had a son, named George Achilles Jr, and in 1931 another son, James Dickinson Rhodes Harder, named after Elizabeth's father and a younger brother, who died at 1 years old of meningitis.

James Dickinson Rhodes Harder died in 2009.  His obituary from the NYT is HERE.
I found his wife, Dorothy's obituary online HERE.  She died in 2015. And while I was writing this blog post for the last three days, we celebrated the 105th Anniversary of the sinking of RMS Titanic.

Now how is that for tying up a bunch of flotsam and jetsam?