My brother has 5 cats.

He inherited one named Kit Kat.  She had been my oldest brother's cat and when he went into a coma in early 2008 and then died in 2009 my other brother kept her.   And since she wasn't fixed there was soon a litter of kittens and they kept one male.  They call him Socks, because he had white markings on his feet.
And then when they didn't fix that male cat Socks, when he got old enough to procreate, Kit Kat had another litter. 8-(
Both of these cats are fairly feral and live outdoors.  If the weather is bad they live in the garage but they won't come into the house.

They kept two kittens from that litter(and I think they finally got those two cats fixed, at least I hope so). 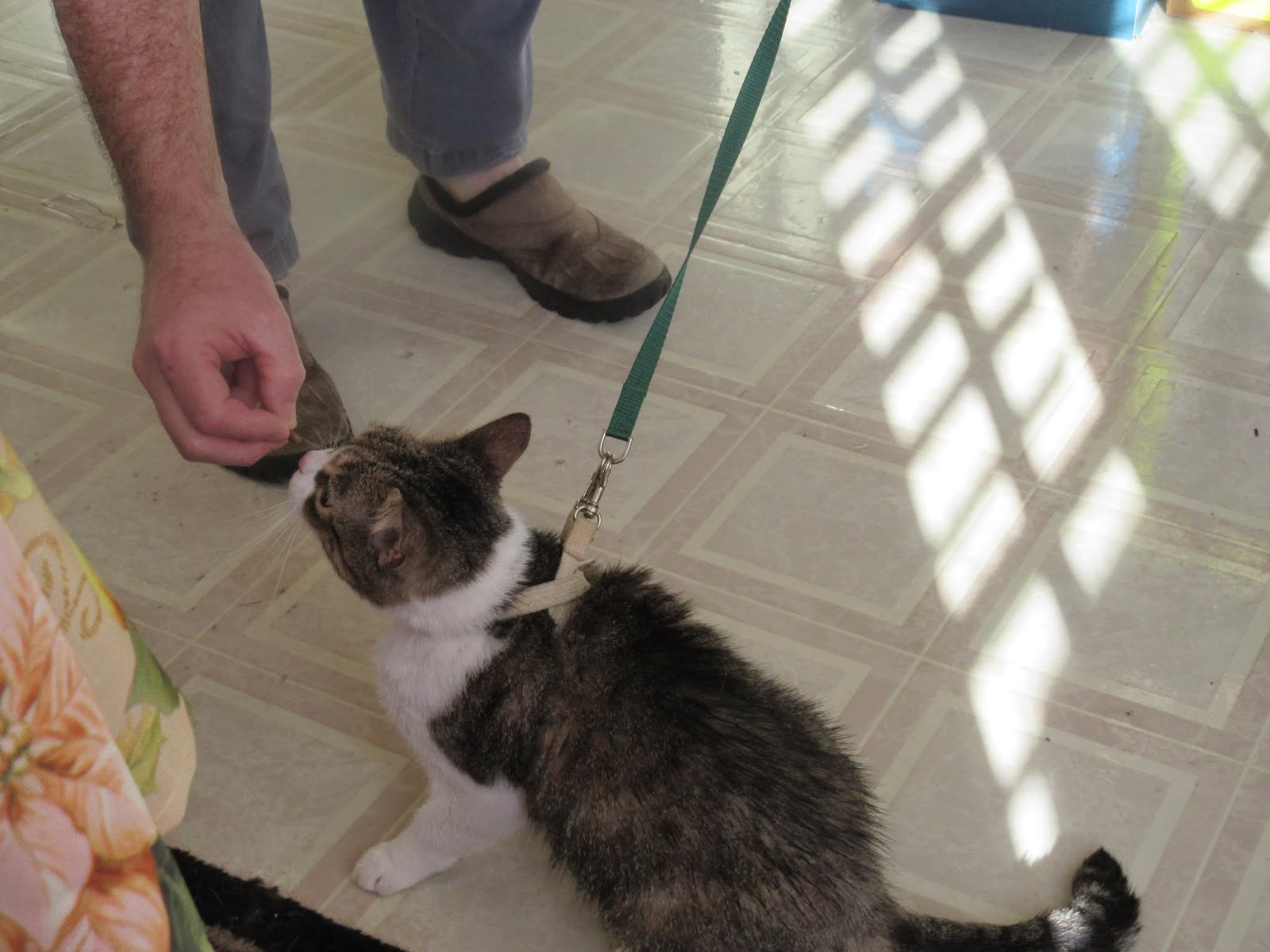 Baby Socks also has a "skin condition".  I don't know from cats, but if she was a dog I'd call it mange.
At any rate, any time College Boy touched Baby Socks I made him wash his hands. ;-)

Baby Socks needs to be given spray baths with some medicated stuff but trying to get her to hold still for these treatments means using a harness and a leash and much meowing and gnashing of teeth.

Sling Shot had a urinary issue and had very expensive surgery and has to stay on even more very expensive cat food for the rest of his life.
I am not a cat lover so I'd be rehoming all these expensive fluff balls if it was me.

The fifth cat is my sister in-law's cat.  She is a huge white cat called Lilly.  She is also an alpha cat that doesn't get along with any other animals(or people for that matter)so she lives in their bedroom and never comes out. A regular "kitty bitch" they call her. lolz

I didn't get any pictures of the other 4 cats while I was in Virginia.
I am not a cat fan so that's my excuse.

Email ThisBlogThis!Share to TwitterShare to FacebookShare to Pinterest
Labels: my feline nieces and nephews