If you need to get up to speed, go read my last genealogy post HERE where I talked about my 5th cousin, William Lewis Herndon who traces back to my Waller family line.

William Lewis married Frances Elizabeth Hansborough in 1836 and their only child was born the following year in Culpepper County, Va.  They named her Ellen Lewis Herndon. 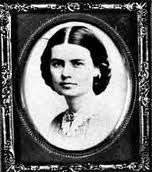 Four months before her birth, William was assigned sea duty, missing her arrival into the world.
As Ellen grew up her father was only around sporadically so she was close to her mother.  The sister of her mother and the brother of her father married and produced many children who were Ellen's "double cousins" and they and their families remained very close to her.
(Yes, this line resembles a macramé piece rather than a TREE and I am still unearthing the tangled relations to me.)

Anyway, Ellen supposedly had an excellent singing voice and focused on that during her childhood growing up in Washington, D.C.
It is said that Ellen befriended Dolley Madison when she was very young.  Dolley was then in her seventies and they both attended the same Church.
When she was 20 Ellen's father died in that hurricane/ship sinking deal.  His widow and daughter were given many accolades posthumously for William.  He was considered something of a hero at that time.

After the customary period of mourning was over, Ellen and her mother resumed their active social lives, which included summering in Newport, RI and Saratoga Springs, NY with others of their elite class. (Their inclusion in the "upper crust" was due to Frances' inherited wealth from her parents and the prominence of her deceased spouse.)

The year after William's death, while vacationing in Saratoga Spring, her cousin, Dabney Herndon, introduced Ellen to Chester Alan Arthur.  Dabney was a medical student and Chester was a lawyer who shared rooms in NYC.
Evidently Chester fancied Ellen because a year later he proposed to her and she said yes.
After 21 years of marriage and 3 children(2 living to adulthood), Ellen Herndon Arthur passed away at age 42.  The cause was a "chill", caught while standing outside in the elements waiting for a carriage after a musical performance, that turned into pneumonia within 2 days time and took her life.

Backing up to Ellen's father again, his brother, Brodie Strachan Herndon(also my 5th cousin)was a prominent medical doctor and was the Chief of Medicine for the Confederacy.  Brodie was the first surgeon to perform a Caesarian Section in the US.  Brodie and his wife Frances were the parents of those "double cousins" of Ellen Herndon Arthur. 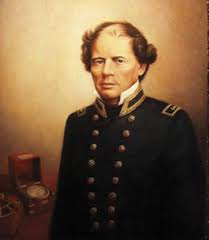 Maury was the brother in-law to William who got him the job at the US Naval Observatory and Hydrographic Office, which Maury headed.

Commodore Matthew Fontaine Maury is kind of a big deal in the world of oceanography and sailing among other areas.
He has been called "Pathfinder of the Seas" and "Father of Modern Oceanography and Naval Meteorology" and later, "Scientist of the Seas".
I won't bore you with the long litany of his accomplishments but you can google his name or go HERE to learn more and then some.

He is a really big deal in my home state of Virginia too, such that he has a statue on Richmond's Monument Avenue too. 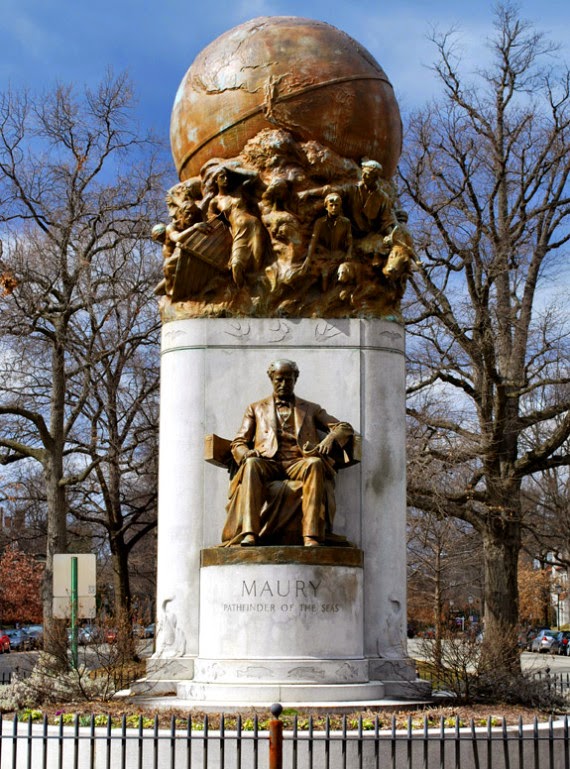 The navy has named a few ships after him too..... 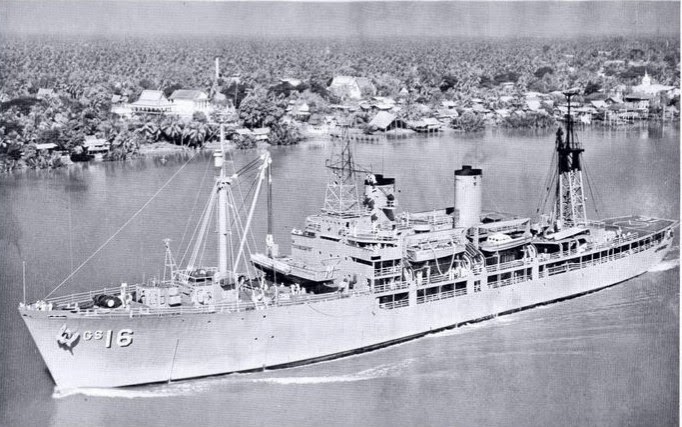 The USS Renate was renamed the USS Maury after WWII and used as a surveying vessel until it was decommissioned in 1969
Two different Destroyers were also named after Maury(one used during WWI and the other used during WWII).

Matthew Maury had an interesting idea in the era right before the beginning of the War Between the States which never came to fruition.  If things had played out as he envisioned we may have avoided a costly war and America may look a bit different than it does today.

One of his ideas when he sent his cousin/brother in-law William Herndon & crew off to explore the Amazon in 1851 was to get the Brazilian government to open up trade with the US and allow US colonization and settlement in that country.
Maury saw that this "slavery issue" in the US was coming to a head so he had a plan to head off the coming armed conflict.

His idea was to have Southern slaveholders who wanted to "divest" their human goods to be able to ship their slaves to Brazil, which was at that time a slave holding society, and sell them there.  This was much in line with what Northern slave holders in the US had done at the time of the gradual abolishment of slavery in the North decades before. (Remember the last slave wasn't freed in PA until 1847.)
Northern owners had sold their slaves to free white men in the South.  Maury's thought was also that those in the US who wanted to continue to hold slaves, could migrate and settle in Brazil, thus removing the "peculiar institution" from our shores.

Of course nothing came of this grand scheme as the ruler of Brazil, Dom Pedro II, and his government were not receptive to the notion.  (I don't blame them for nixing Maury's plan, as the US has a grand history of imperialism throughout the world and much of Brazil may have ended up as a territory of the US had this scheme played out.)

As far as it stands at the moment Matthew Fontaine Maury is the husband of my 5th cousin.  Yet this tree is a tangled knot of kinship and I may have a more direct link to him that I have yet to uncover.

Incidentally, I have another intersection with the Maury family.  Matthew's paternal grandfather was the Reverend James Maury.  He ran a classical school for young men near present day Gordonsville, Virginia.  One of his pupils was Thomas Jefferson.  This harks back to my connection to the Jefferson family through my 7th Great Grandmother Mary Hunt Allen and her 3rd husband Field Jefferson, Thomas' uncle.
Small world back then I'd say. ;-)

On a personal note, the high school I attended in Norfolk, Virginia was 2.5 miles down the road from one of our rival schools, Maury High School...... 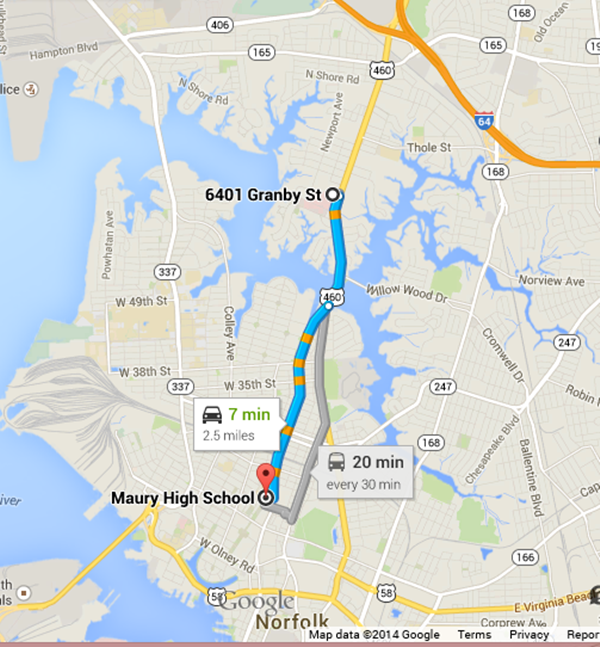 Yep, that school is named for Matthew Fontaine Maury and the sports teams are of course nicknamed "The Commodores".
I used to drive by that school often, when I went downtown, and I never knew any of this history/genealogy stuff.

Sluggy
Posted by slugmama at 11:24 AM