One of my children may want a HOT video game this year for Christmas from Santa.
This may or may not be an image of said game....... ;-) 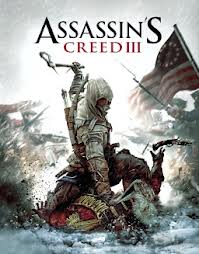 So Santa went in search of this game.  And Santa wanted to find it for a deal without having to actually set foot into a store.

Santa first went to her accumulated credit card points website.  They offered the game in question for 7,500 pts.
Before I hit that buy button Santa then went to see if Amazon had anyone on there selling this game.
And I found it from a Seller, being fulfilled by Amazon so it would be shipped free since it was a $60 game.  Plus the seller in question was selling this new sealed game for $5 less than the suggested retail.

With that information in hand, I went back to my Credit Card's Points website to see how many points I had to pay for an Amazon $50 gift card.
That was only 5,000 points but the actual game from them was 7,500 points.

So you know what I did next, don't you?
I bought an Amazon electronic gift card code, which they emailed me right away.  Physical gift cards take a couple of weeks to be snail mailed to you but digital codes come immediately.  So I spent 5,000 of my credit card points.
I then went onto Amazon and purchased the game using my free gift card code and $5 cash.
I used my credit card for the $5 so I'll get more points for that spending. ;-)

In the end, the game cost Santa $5 cash and Santa saved 2,500 credit card points to use on something else.

Santa is one smart dude dudette!

What kind of deals has Your Santa found lately?

Sluggy
Posted by slugmama at 4:23 PM