What We Spent in Retirement-Year One & Year Two 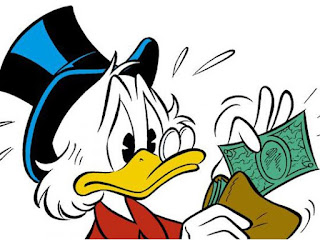 Adding these 6 sources of income to the Annuity Income gave us income of $60,979.52 net for the first 12 months of retirement.

I added up all our spending and bills for this same 12 month time period and it came to $39,882.33.
This was every penny we spent in that time frame--electric, phone, water, food, insurances, taxes,  internet, gasoline, credit card charges, other store cards, WAM, even a bit of Ex-College Boy's last tuition payment from January 2018.

Adding these 7 sources of income to the Annuity Income gave us income of $52,946.63 net for the second 12 months of retirement.


So let's analyze these numbers.

A few income categories are worth noting that were bigger/better the Second Retirement Year....
* $652.34 more in Rebates/Refunds received
* $49.70 more in Stock Dividend checks
* $1,686.54 more in non-retirement account interest

It's obvious we are spending more during this Second Year of Retirement.  There are some areas we really can't change though, like various taxes, long term care premiums, sewage, garbage, phone/internet and medical costs.  There is no flexibility in the first 5 types of costs and medial costs have to be paid.

Credit card charges is were I need to take a closer look as they went up almost $6K in Year Two!!
I need to dissect those bills and see where things are going off the rails.  How much is food spending, gasoline charges, necessary bills put onto the credit card and what are eating out charges, clothing, and other possibly frivolous charges we can cut down on.

It's time to see what's hiding in that c/c bill and take action.  Another post will be further coming on what I find hiding in that little monster. lolz

Overall we are doing alright financially.

* We still have quite a bit in the HSA for co-pays.  That should last us well into Medicare age if we keep paying our high deductible amount each year OOP.

* We have the annuity funds every month and it continues until we die.  It does reduce once Hubs/I take Social Security but even then, we'll have more cash coming in once SS kicks in.

* We have the 401K of over $500K which we stopped tapping at the end of 2018.  We had calculated that if we tapped it at a rate of $36,000($9K per quarter)we'd still have 3/4 of the amount it started at once we started collecting SS at full retirement age of 67.  We have found that at this point, we don't need to tap the 401K for living expenses so we are leaving the $$ there until either we hit full SS age or 70 years old and then the Required Minimum Distribution(RMD)rules kick in and we have to withdraw from it.  We are still too far away from those events to worry about it now.

We have over $400K in non-401K investments/emergency fund/cash.  This is all liquid or easily made liquid if need be.....hopefully that sort of emergency never happens. ;-)

So that's a financial update on how retirement is going the last 2 years.
I can't believe it's been TWO years already and we've started Year Three.

Email ThisBlogThis!Share to TwitterShare to FacebookShare to Pinterest
Labels: how much money we spent, retirement, tracking your retirement spending