Not much shopping this week. 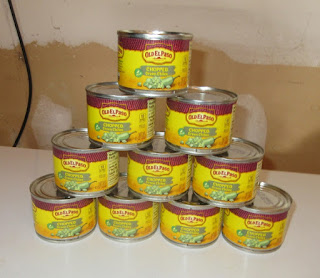 They had a couple of Mix and Match Deal on General Mills products.  One of them included Old El Paso green chiles.  You bought 10 you got $2.50 off your total.
The chiles were on sale for $1 a can so I paid .75¢ per can after the additional $2.50 discount.
I was low on green chiles and go through these fairly quickly here with all the Tex-Me meals I make plus my white dipping sauce for tortilla chips calls for these as well.

I also picked up a couple of cans of beets and sauerkraut(for Hubs)there, some chips on sale and large eggs for .88¢ per dozen(I got 2 dozen.).  Total was $16.42 for everything.


I used my second "Spend $25/Get $5 off" Q from Weis(PMITA)Markets on Wednesday as it was expiring that day. 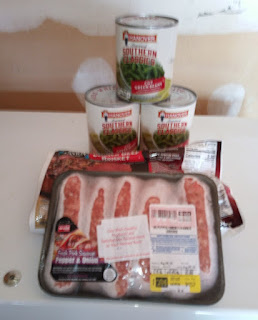 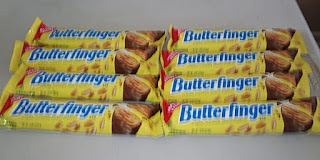 I also hit the Bread Outlet on Wednesday and spent $10 on bread products.  Besides the deals there since I spent $10 I got a free pack of chocolate Entemann's donuts and gave it to Hubs for an anniversary present as he loves their donuts.

I think I'm pretty much done grocery shopping for the week/month.  The Weis ad is a 2 weeker so other than finding marked down meats I am not interested in anything else there until 9/6 when the new ad starts.
We may go to the farm and pick tomatoes and peppers tomorrow(and get other produce that looks good)and that will finish off my August spending.

If I hit Rite-Aid this week it will be on Friday or Saturday(there's a 30% off sale coupon for those days)as I have $14.53 left in BC to spend down on 3 cards. I used the .52 on the fourth card to help pay for an Rx Hubs picked up earlier in the week.

$56.32 spent on groceries/toiletries this week.

Anybody finding anything good at your food outlets?