Last time I showed the garden it looked like this in early June..... 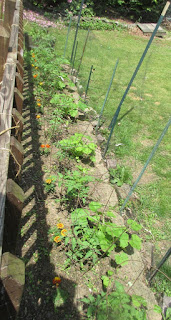 Along the back deck 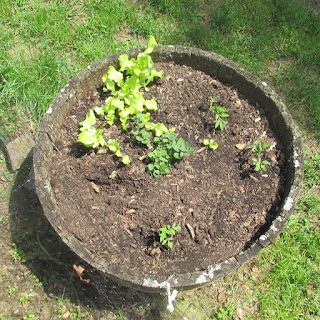 one oak barrel with lettuce, oregano and 3 volunteer tomato plants 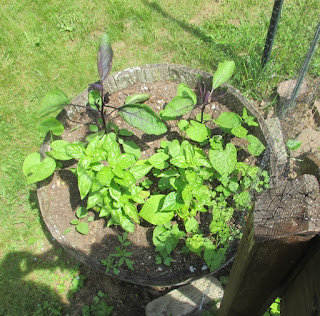 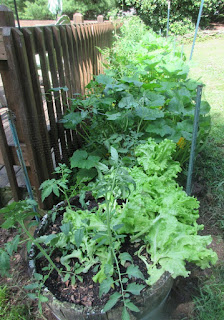 Along the back deck and the barrel with lettuce, tomato and oregano 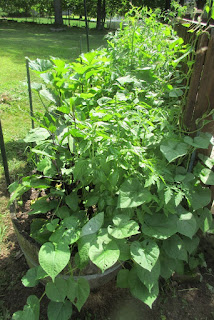 The other barrel with eggplant, basil and morning glories.  Two more volunteer tomato plants also emerged in this barrel and I left them there. 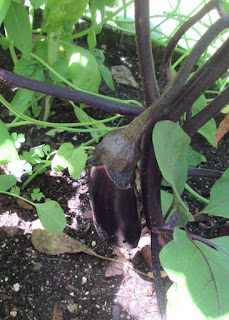 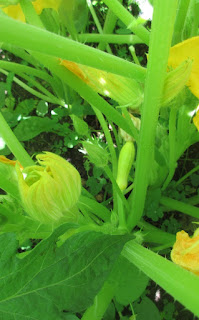 Some baby yellow squash and I found a BIG zucchini yesterday too. 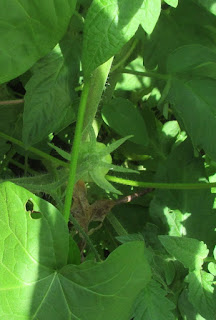 Lots of baby tomatoes as well. 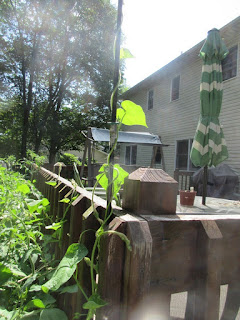 The morning glories seem to have seeded themselves all along the back deck last Fall and I had vines mixed in among all the veggies now.  The heaviest concentration is on the one end of the deck in the garden and in the oak barrel and the vines are just now reaching the bird feeder poles and climbing high.

I'll update what we've harvested along with a recipe in a later post....probably this weekend.