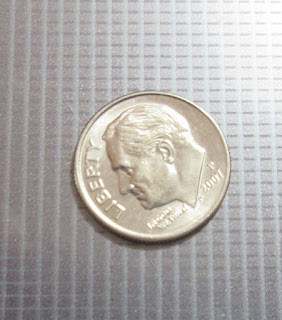 * I scheduled and went to my booby smashing test last week.  The test results were back, read by the radiologist and in my online account before the end of that business day.  So fast! and I am cancer-free.

* I finally  taught the Granddog a trick!  It only took constant training for 11 months! lolz
My Daughter didn't believe me I got her to shake hands until she tried it with her herself.  At first Cinnamon wouldn't do it and Daughter was just going to give her the treat anyway.  I told Daughter, "If you give in and give her the treat now without performing the trick, she'll know you are a soft touch and she'll wait you out and you'll never get her to do it for you."   It's like training a young child....they have all the time in the world to not obey you and you'll give up before they do.

I don't think it was so much the dog is stupid, it's more she's stubborn and I had to just keep at her and wear her down.  After all, she is half Husky. lolz

* I ended the month of April with this much in my wallet.... 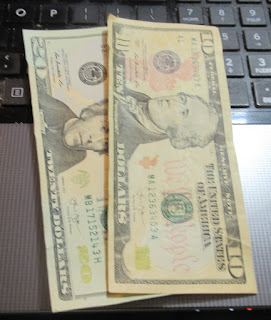 Of course I still don't have that much.  I think I am down to $11 after hitting the Bread Outlet last week(they only take cash)plus paying for an Rx at Rite-Aid.  I am trying not to dip into my Travel Cash this week that I took out of the bank last week for my VA trip.  5 days to go so I think I'll make it. 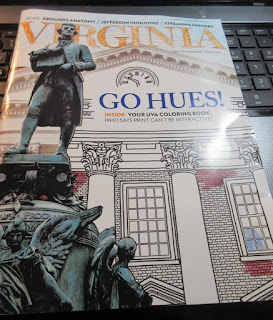 This issue has a coloring book in it. lolz  Hubs couldn't believe they'd stoop to this..... 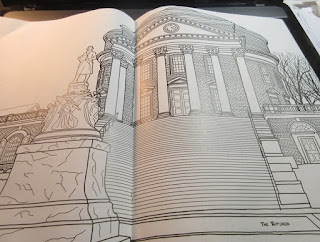 *  I made key lime cupcakes for the nephew's birthday last week.  He loves all things key lime plus his mom died when he was 10 and he has no female parental-type person in his life so I try to do for him when I can. 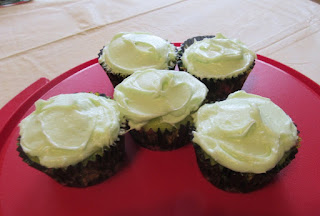 We also gave him a card and a gift certificate for Starbucks(the one I got for free for buying bags of Starbucks coffee at Target in March).
We had a chat and I also drove him that day to get a new photo ID at the DMV.

*  I guess the world has heard that Hubs is retiring soon and has a pile of money.  We've been getting deluged with advertisements and offers of FREE DINNERS to seminars given by local investment managers who want to get their sweaty little hands on our pile of money. 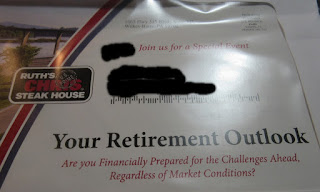 We got FIVE of these type things in one day last week!
Where were all these "financial experts" over the last 20 years when we had a pile of money?  I guess the pile just wasn't worth their free dinners like it is now. lolz

Otherwise I've been planning this Mega Summer Road Trip thing.  It's become a job all in itself. ;-)

Sluggy
Posted by slugmama at 3:35 PM