The weather here was amazingly warm on Friday, Saturday and Sunday.  Temps we haven't seen since last September so we've been going out and about more.

First off I took myself to the movies on Friday afternoon using a free gift card........ 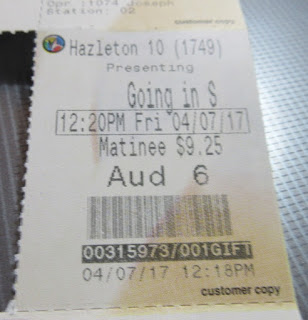 Saw "Going In Style".  It's a remake of the 1979 comedy with George Burns and Art Carney.  I have now seen both and I have to say that the remake is better.
I forgot that even though this showing was a Matinee, Friday is considered a weekend so the price was outrageously high.
Ugh!
But no worries since I used a freebie gift card. 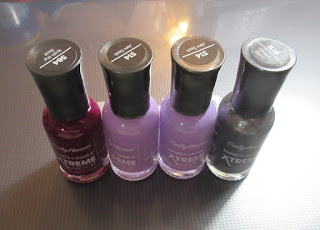 I used the 3rd card to get 4 more bottles of free nail color.  The store only have 5 bottles of this variety and it seems like R-A is phasing this one out in favor of more expensive types of Sally Hansen polish.
Whatever, I got my limit of 12 bottles and made $1.50 total in Plenti points to boot.

On Saturday Hubs went with me and we went to Lowes.... 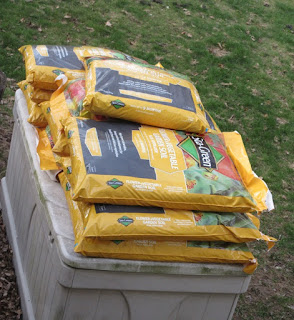 10 bags of garden soil bought and carted home.  We used a free gift card so nothing out of pocket. 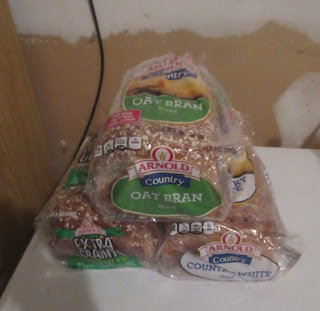 3 loaves of Arnold's premium bread for $4. 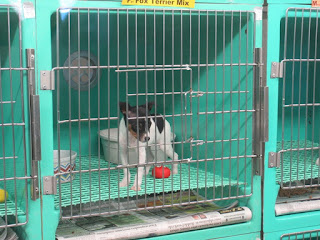 To pet puppies of course! ;-)
I will confess to having a touch of dog fever lately.  Our last beagle, Cherry, passed away about 3 years ago now and except for the grand dog Cinnamon, we have been dog-less for awhile. 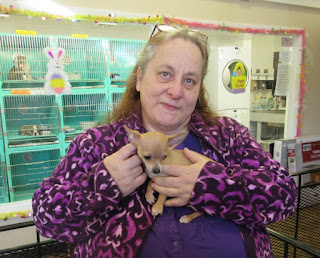 This little guy is Cisco the chihuahua.  He was a peppy little thing. 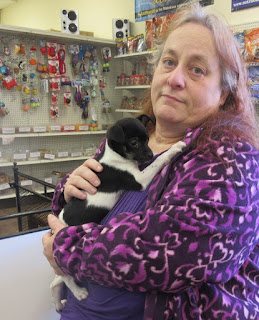 This is Foxy the Fox Terrier mix.  She was sweet but didn't much like to be held.  Since when do pet stores sell mixed breed puppies for in the neighborhood of $1300?!? 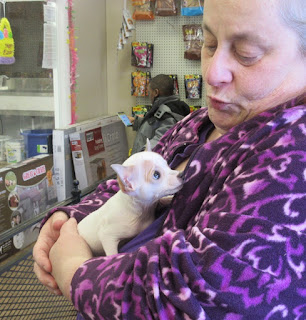 This tiny guy is Cisco's runty brother, Chico.  AT 10 weeks old he is still so small they have to keep him in the back in a cardboard box lined with heating pads. 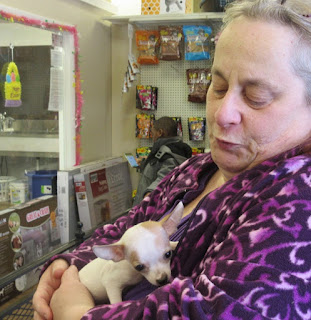 I wonder what big old Cinnamon the Husky/Shepherd would think about this fellow? lolz

Hubs tore me away finally and we headed home.

I noticed that the forsythia bush has begun to bloom.... 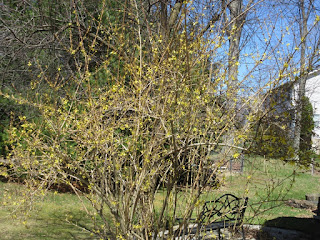 Next to go will be the tree next to the house by our bedroom. It blooms tiny white flowers to drop off before the tree leaves out.  I don't know what it's called though.  Will try to get a photo of it and the flowers and see if anyone who reads can tell me what it is.

On Sunday Hubs and I decided to take a ride to an animal shelter we've adopted from before in the county South of us.
They had this bonded pair of chihuahuas on their website waiting for a new home.  Their owner got too old and sick to care for them any longer. 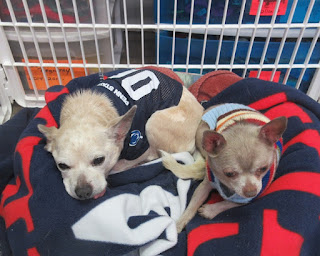 The larger one is named "Scooter" and is obviously older.  Daughter loves how he is missing teeth and his tongue hands out the left side of his mouth. lol 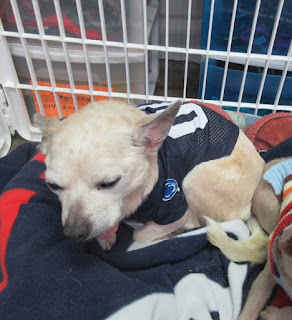 The smaller guy is named "Munchie".  He is a love and if you ask him he'll roll over and let you rub his belly. 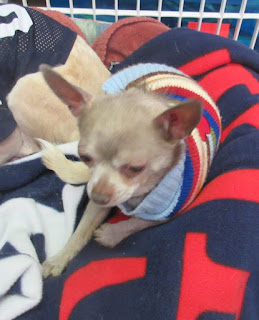 They also had this little cute(about the size of Munchie)who wasn't listed on their website.
His name is Charlie and he was a stray.
Who just opens a door and lets a dog like this out in the world to fend for themselves?!? 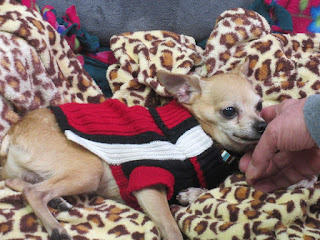 He has more typical "Hua" behavior....the bluster and barkiness.  It took awhile to get him out of his crate and onto a chair set up for visiting with the little dogs.

I got a brief clip of Hubs petting Charlie.


I don't think I'll be getting a dog any time soon though since I have to go out of town for 3/4 of May but it's fun to look and think about it.

On the way home we stopped in at Kohl's.  I had a $10 Yes2Rewards certificate to use before the end of April. 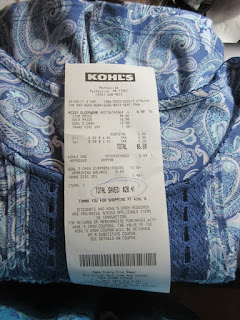 I found a short sleeved nightgown on sale for $16.99.  Most of the nighties are for cold weather so I needed this.
After my 20% off coupon and the $10 certificate I paid $5.59 OOP for this item.

So aside from the usual puttering around stuff that basically was our weekend.
We spent $9.59 total(besides gas and wear and tear on the car)OOP.  I'd call that a pretty frugal few days.


Sluggy
Posted by slugmama at 1:25 PM