After the epic shopping last week at Rite-Aid, this week has been fairly anti-climatic.

It snowed here for two days so I didn't out to Rite-Aid this week until Tuesday.  Even so, I still found 2 Shea Moisture items on clearance.......... 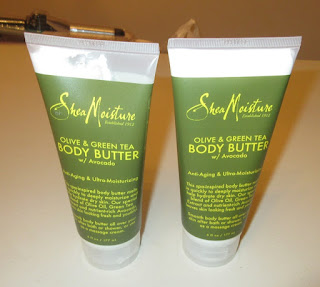 So on Wednesday.....what a clusterf**k!
I go in and the manager says we didn't get a WW coupon packet.  The sometimes there Wellness Ambassador who is suppose to be in charge of this stuff was called and she was told by her higher up that R-A wasn't doing a WW this month, what with Christmas and a special 4 Day ad in additional to the weekly sales ad, etc.
So I showed the manager on my phone photos of the WWQs that supposedly don't exist and showed her comments on site where folks in other states had used them already today.
The manager shrugged her shoulders and said, sorry.  So I said Corporate(or at least the Ambassador's boss)is lying! but she wouldn't acknowledge that I was probably right.(They have been known to lie about stuff in the past. lol)
Then I asked where the 4-Day ads were as they weren't out.
She responded with, "What 4-Day ad?!?" lolz
So I showed her a copy on my phone and she pulled it up too.
Yet another fail.......my store's management never got sent this sales ad information.

So I found a few things to buy and had the cashier price check to make sure that even though there were no sales flyers that the deals still worked......and they did.
So I bought this on Hubs' card.......... 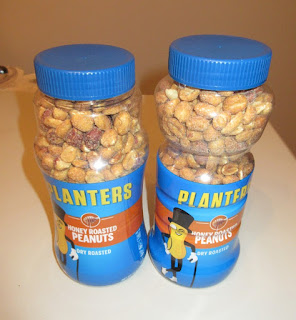 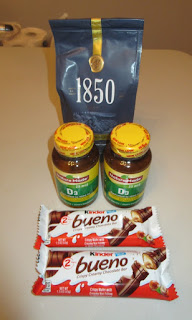 So be sure to load that chocolate Bueno Q onto your account for some free chocolate(a free stocking stuffer if you need it).

Later that afternoon I got a FB message from the Assistant Manager at R-A(we have become friends like that)telling me they now had the WWQs.
Wtf?!?! I said.
She didn't give me details but I'll get the story the next time I go in.
I just messaged her back that "I told you Corporate lies!"
She laughed and said, "Hey!  Don't shoot the messenger."
But there was no way I was going back at 4 pm for that.  There were no freebies with these WWQs anyway and I was done for the day.

After R-A I hit up Weis(PMITA)Markets.  I wanted to do the "Buy 6/Get $3 Back Instantly" Deal.
I also lucked into some dairy and meat discounts this trip.......

The Buy 6 Deal was the Birdseye frozen veggies, the Borden shredded cheese(I also had a Q for that)and the container of Cabot plain Greek yogurt.
I also picked up 2 packs(only 1 is pictured)of Ground Beef as it was $1.99 lb. which it hardly EVER is here anymore at ANY store!.
Then I found a huge package of breakfast sausages with a $3 instant discount sticker(making it $3.06)so it was $2 lb. and a thin London Broil marked BOGOFree(if you buy one it's half price then)with a $1 instant discount sticker on it as well, making it $3.74 for almost 1.5 lbs. of beef.
The Cabot vanilla yogurt quarts were reduced to $1 per container so I scooped those up too as this brand goes for $4.85 normally around here.  It will be breakfast for me for many days to come. ;-)

Of course one of the packages of ground beef scanned twice so I had to go to CS desk for a refund(what's new?lol).
And I found money by one of the self-checkouts too but that will get talked about tomorrow in the Frugal Friday post. 8-)

I am up to 167 Points at Weis(PMITA)Markets toward a free ham/turkey for Xmas.  I'll do another survey tomorrow for another 100 Points and yet another the following Friday which means I'll only have to spend another $33 to get to 400 Points for that freebie hunk of meat. ;-)

So that's the shopping this week so far.

What stores have you been too and what deals have y'all gotten this week?