Unless you've been living under a rock for the last few months, you are aware that today was the day Prince Harry of the UK married American actress Meghan Markle.

Yes, this is an interesting event as not only is Harry marrying a commoner but *gasp* an American!
I am not an anglophile personally nor am I a Royal Watcher but being the whitest white woman on Planet Earth, and also having been researching my ancestry full-bore for the past 9 or so years, you probably know that I am related to the English royal family.

Prince Harry(and his brother Prince William)are my 19th cousins.  Interestingly, we are cousins through both his father, Prince Charles' and Princess Diana's ancestry.  Charles and Diana are BOTH my 18th cousins 1 x removed.(Charles through his maternal lines and Diana through her father's lines.)


I relate to Prince Harry through our shared ancestor George de Neville, 1st Baron Latimer, through his father, Ralph De Neville on both his parents' family trees.

And as it turns out I am also related to Meghan Markle.  She's my 21st cousin 2 x removed.

I also relate to Megan Markle through George de Neville, 1st Baron Latimer, but through his mother, Joan de Beaufort, Countess of Westmoreland.
Meghan and I are also direct descendants of Edward III. 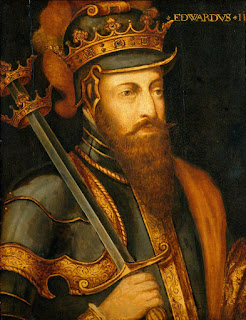 So this means Harry and Megan are also related to each other via many different lines of ancestry but nothing too close.  I believe their closest shared ancestor is Ralph Bowes of Streatlam 1480-1516 which would make them 15th cousins.

Since my invite never arrived(I am "family" after all, right?) I will assume that the English postal system or USPS lost it somewhere along the line. sniff*sniff*

And all this other talk about this union being so historic as the Royal Family is having someone of African ancestry marry into the bloodline?
It's true that Meghan is bi-racial, her father is "white", her mother is "black"(actually her mother is bi-racial--not black as many of her direct ancestors are listed as "mulatto" in federal censuses) but this is NOT the first instance of ethnic ancestry being injected into the English Royal Family.

I posted about Queen Elizabeth II having a direct ancestral connection to the Profit Muhammad back in March HERE.
This line of descent connects her(and me)to various Spanish Royals so there has already been much Hispanic blood flowing through the veins of English royalty. 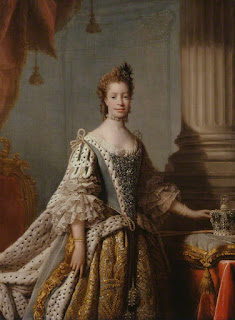 This is one of the portraits of Charlotte painted by Allan Ramsay painted in 1761 when she was 17 years old not long after her marriage to George III.  There are eye witness descriptions of her looks that allude to her African genes.  If you look at the genealogical records you will find that Charlotte was descended from a branch of the Portugese family through Alfonso III.  Alfonso's armies captured the Moorish town of Faro and demanded the Governor's daughter as a "spoil of war". The Governor's daughter, Ouruana, went on to have three children by Alfonso III.  Martin, one of Alfonso and Ouruana's sons married into the de Sousa line.  This noble line also held African ancestors so Charlotte owed her ethnic roots to both her paternal and maternal lines.

Interestingly enough, at the time of Charlotte's wedding, the question of slavery and it's abolishment was swirling around England(and also the civilized world).  Allan Ramsay, the painter of many portraits of Queen Charlotte, was an ardent abolitionist on this issue.  He was married to the niece of Lord Mansfield who ruled in 1772 that slavery within the British Empire should be abolished.
Allan Ramsay was also Uncle by marriage to Lord Mansfield's grand niece, Dido Elizabeth Lindsay.
Dido's father was Sir John Lindsay, the brother of Margaret Lindsay, who became Allan Ramsay's second wife.  John and Margaret's mother was the sister of Lord Mansfield....got that? 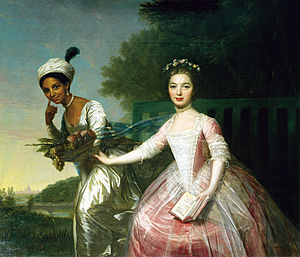 Portrait of Dido and her cousin Elizabeth Murray, painted in a Zophanian style, now attributed to English artist David Martin.

You may have seen the feature film they made about the life of this child of naval officer and nobility member Sir John Lindsay and a captured slave from the West Indies named Maria Belle called "Belle" back in 2014. 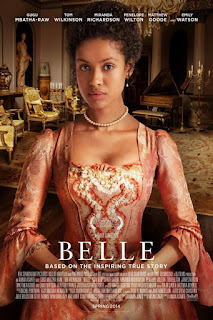 And it seems fitting that Meghan will take her vows and become Princess in the very same place that Queen Charlotte is buried-St. George's Chapel in Windsor Palace.

If you want to see the pedigree of both Prince Harry and Meghan Markle and how they are related(at least their closest connection)go HERE.