* Pay Bills  DONE  Top of the list, always gets done before anything else.

* Read 1, 2 Books   DONE  I actually read THREE Books this month! (It surprised me when I sat down to go over what I read. lol) 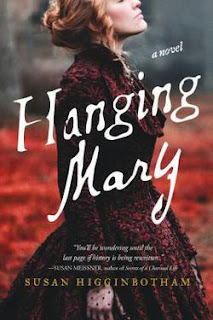 "Hanging Mary" by Sarah Higginbotham
A very well done bit of historical fiction, the author takes us into the world of the folks who lived at Mary Surratt's boardinghouse on H St. leading up to the assassination by John Wilkes Booth and how Mary became the first women in US history to be unjustly hanged for treason.
You really get to know the people who had close contact with JWB and how they were affected as the author is quite gifted at making all the folks involved in this drama come alive. 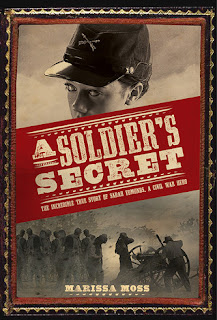 "A Soldier's Secret" by Marissa Moss
I didn't know going in but it became apparent quickly that this book was written for YAs(young adults/teens).  It was still enjoyable though and a very quick read.  Another historical fiction selection about Sarah Emma Edmonds, a woman who ran away as a teen from a miserable home life in Canada(then a British possession)and lived for many years as a man, including volunteering to serve in the US Union army during the Civil War.  Though the dialogue is fiction, the characters were real people who lived during that time.  Sarah survived the conflict and eventually married and lived as a women.  She is the only women who secretly served as a man during the war to be inducted into the GAR and receive a government pension for her Civil War service.  She wrote a memoir about her life which was published in the 1880's and she toured and gave lectures.  This book was based on her memoirs.
Dialogue was a little stilted and tiresome at parts but worth a read. 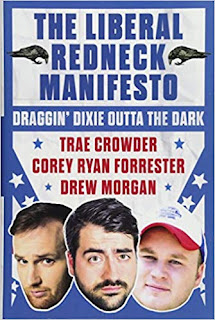 I really related to this book, being a Southerner and all. 8-)  They dig in and go after every stereotype and shed light on many issues that people from this region of the country are affected by and still dealing with.  They go after both the good and bad of the culture and delve into the real history of why things are the way they are there.  These guys are a comedy trio of self-proclaimed rednecks but they are educated and articulate rednecks who are proud of their region and history.  They have lived real, sometimes painful lives and have seen both the good and bad about the region and have thoughts and ideas that may make you go, "huh".
This book will get you thinking and it's a must read for anyone who isn't from/didn't grow up in the South.
I am the product of a NY Yankee father and a VA Southern mother and was raised in the South.  Most of my Southern relatives come from uneducated redneck stock(at least for 5 or 6 generations)so this book spoke to me.  Living and traveling widely in other parts of the country I've seen the regional prejudice first hand Trae and company talk about.  I'd be delighted to spread some learnin' about true Southern culture(both the good and bad)to other regions.
HIGHLY recommend! 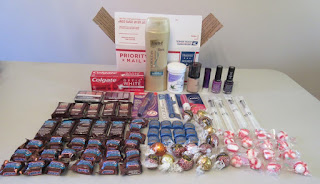 * Mail Giveaway  DONE  Mailed off right away and gladly received.

*  Chester Surgery  DONE  My poor puppy lost his nuts in November.  He healed up rather quickly and didn't need the "cone of shame" but for 2 days.  The good thing is he is less likely to mark in the house now and we don't have to confine him as much.

* Repair DR Ceiling  DONE SORT OF  Hubs got the patch job done but he still has to sand and paint it.  It will get done as soon as I nag enough. lolz

*  Work the Polls  DONE  I did my civic duty.  It was a long day but enjoyable really.

*  Hem Hubs Pants  DONE  The denim was so thick and non-plyable that the machine needle wouldn't go through the multiple layers of fabric at the seams so I had to partially hand hem part of each pants leg. ugh.  But it's done.

*   List Items on eBay  FAIL  I looked back and I didn't list a single item in November(though I did sell stuff that month).  I just got too busy with other things.  I'm not listing anything in December either due to being too close to Christmas now and we have the out of town Wedding in early January so I won't be able to ship stuff out.

*  Go to HS Clinic  DONE  Had my appointment and things are going well....not great but the outbreaks are not as bad as before going on Humira.  Only time will tell how successful this treatment will be and for how long.
In other medical news I also had my sleep doc appointment in November and I am now down to being borderline for needing sleep apnea treatment.  go me. ;-)

* Work on Christmas Gifts  IN PROGRESS  I'm not really "making" anything for gifts, it's just about making up gift baskets, wrapping all of it, and mailing a couple of things.  After we get the tree decorated this week my dining room table becomes wrapping central and the tape and scissors will be flying fast and furiously. lol

* Change Curtains in LR  DONE  Got Hubs to finally help hang the Winter curtains up without too much cursing(Guess who did the cursing?!LOL)

* Hang a Picture  DONE  Ditto the item above.  It was a much more difficult chore than the curtains but nobody committed murder in the process(though there were murderous thoughts on both sides).

* Hang Curtains in Hubs' Room  FAIL  I got him the curtain rod out but he just didn't do it.  I need to hem those curtains so they don't cover the baseboard heating unit under the window but he needs to get the rod on the wall so I know how much to cut off the drapes.  And he really needs to do this soon because we'll have folks sleeping in the daybed in that room for the Holidays and that window gets the morning sun so I guess I'll go into nag mode soon.........

* Cook Turkey Day Meal  DONE  It all got done and on time.  Cooking ahead really helped me not to overdo physically.  Even not being as tired and rushed I didn't take a single photo of the day. I was just in the moment for Thanksgiving(when I wasn't running to Rite-Aid that is.)

That's about all I can remember.
I hope everyone tackled everything on their November To-Do List and are satisfied with how things turned out.
Sluggy
Posted by slugmama at 7:23 AM