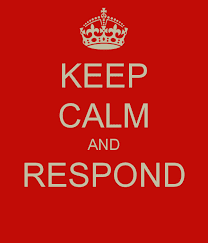 As I start adding all the numbers for the month,  it looks like February will be a good savings month for us this year.
I am still waiting for the interest to post on our accounts but as of now we are over $2K saved out of our regular income.  And that's on a reduced income for the month since part of February ]was with disability pay.  Some substantial bills were down in February from January's amounts....water, electric and groceries.  Even with a lower paycheck we we still have "leftover" pay.

But March is not going to be so good for savings as we hit our $3K medical high deductible for the year by February 10th due to expensive prescriptions and the Daughter had her back injections on that date.  And Hubs had another eye injection late January too so we have paid/been billed OOP $3K + at this point for all medical charges to date.

Usually I'd just pay irregular bills like these medical ones as income comes in.
But we also have property taxes due the end of March(I pay them early to get the discount on them.  I could wait and pay more later.).

Between this total of $2468.22 in irregular bills that will be due in March AND what I have estimated our normal/regular bills will come to for March applied against the estimated regular income in March it's going to cut things very close.   "Less than $200 between income and outgo for March" close.

So I am going to hold back about $500 of the leftover income that would go into the Savings Challenge for February to use toward irregular bills in March.

I know that if I pay the bills now or later really doesn't matter for us.  I could just take the Feb. excess to savings now and then maybe go negative for March, or hold back $500 for Feb. so we don't go negative in savings for March.  It would be just a temporary setback on paper vs. juggling the money for a bit.

It's not like it will mean having to pay interest or having overdraft fees because we went negative in the bank accounts because we have a cushion of extra cash in those accounts anyway.  I can handily cover any overages in our accounts.

Hubs doesn't get why I get so worked up and track everything so closely. This coming from the man who NEVER balanced an account before we got married and use to write checks for cups of coffee at school. ;-)

I just like the way it feels month to month when I can cash flow things and not have to pull from savings for bills one month and then replenish those accounts the following month.
Just thinking ahead I can see where trouble might happen and deal with it rather than reacting to what life throws at me.
I guess it's a difference between RESPONDING to life events rather than having to REACT to life events?

Peace of mind maybe.
My financial life flowing smoothly.....not three steps forward, one step back.
Are you that way too?

Most people live a life of reaction.  Reacting to crises, waiting for something to happen and then dealing with it.  Life runs smoothly for a bit longer until the next crisis.....and the next and the next.

I find this type of living exhausting.  Being organized no matter the arena(your job, your money, your home, etc.)makes your life run smoother.

Overall, everything will get paid and savings will happen at Chez Sluggy.
And I'll continue to respond with my money and not react to it.