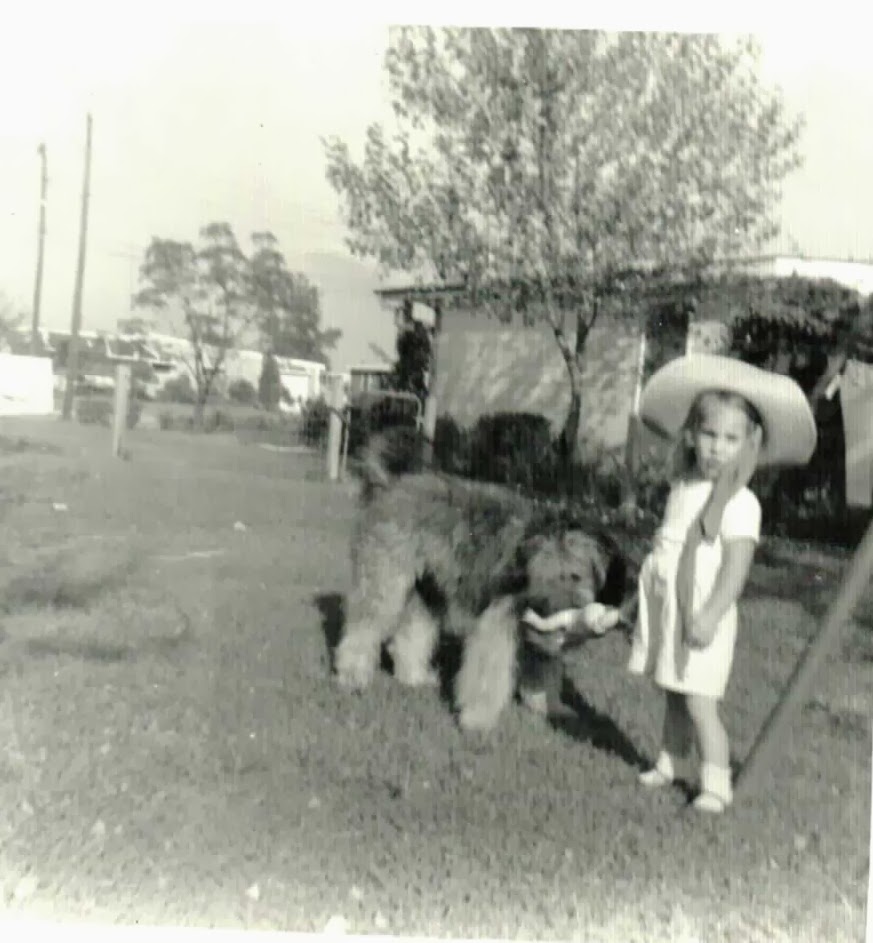 The first one was named Peaches.  I believe this is her pictured above.  She seems to be chewing on my dolly.

I really have no recollections of Peaches but I do remember the OES we had second.
His name was "Shep".
Yes, my parents were right up there with "inventive" names for pets. lolz

Shep was much larger than Peaches and I use to ride on his back.
Shep loved ice cream and in the Summer, on the off chance my father would take us to the ice cream stand, he'd get Shep a cone too, which that hulk of a dog would devour in one bite.
Must have been a very small cone of ice cream.

I don't recall where we got Peaches from, since I don't even have any memories of her, but I remember being told that Shep had starred in commercials(probably for dog food).  Being a retired actor, who was "put out to pasture" when he got too old to work, is why he was living with us as a family pet.

With how little my father made at this time and the amount Shep ate, my father either really REALLY loved this dog or he came with a food stipend from his previous owners.  ;-)

Notice my fabulous pose at almost 3 years old.  What an innate sense of fashion and future stardom I possessed even at this young age.
I suppose I was channeling Tallulah Bankhead daaaahling, in this shot.  I just needed a cigarette in a holder, didn't I?

Sluggy
Posted by slugmama at 2:15 PM