This Should Scare You Into Taking Action

I think this piece was done to try to scare the hell out of those in our society who are NOT, for whatever reason, saving for retirement.
And it should scare you if you have made some of the choices these folks have.

Go on and watch it and then come back.
Also read some of the volumes of comments after the article.

The maker of this segment throws out these statistics during this film......

1/3 of the workforce is saving nothing for retirement.
40% of 55-65 year olds do not own retirement assets.
15% don't think they will ever be able to retire.
Women outlive men(by about 5 years on average), but save less.

I haven't researched these numbers but I'll take it at face value that they are fairly ballpark.
While these statistics don't shock me, they do give me pause.

I love how the one woman in this article says she just can't save any money for retirement.
I say bull to that.  Unless she's supporting a bevy of folks and flipping burgers for a living, and/or has a medically fragile child and no health insurance for them, she can save something for her old age.  She, like many people, just doesn't want to reduce her standard of living in the now, to afford something more than eating Alpo in her last years.

Now I'm not talking about folks who get very sick in their 50's and 60's and have inadequate insurance coverage and end up losing everything to medical debt.  These seem like fairly healthy older people in this piece.
Do folks not understand that at some point, their health will not ALLOW them to work, if they can even hold/get a job in their 60's?

And the 60 year old woman who had to "reinvent herself", went to college at 60 and is living off of student loans.
WTF?!?!
What idiot loan officer said giving someone this age with no prospects $200K in student loans she can't possible pay off in her lifetime was a prudent financial move?
And that woman admits she'll never pay them back and sits there, grinning like a Cheshire Cat about it?!

Then there's the one who says everyone she knows is struggling to pay their bills and cant' save and they joke about living communally to survive their Golden years.
So why joke about this?  They may joke about it, but banding together with others in a similar situation and living communally is a GREAT financial move!
How the heck do you think families survived generations before when money was tight?
They would live together, many generations of a family cohabitating.
Heck, in Pawtucket RI, where I've visited, there are neighborhoods of HUGE houses built in the 1800's, built for the express purpose of holding multiple generations of a single family(along with cousins, aunts and uncles too sometimes).

This reminds me of a conversation I overheard in an IHOP restaurant at the height of the housing crisis a few years back.  A guy sitting at an adjoining table was chatting with the gregarious waiter, bemoaning the fact that he couldn't pay his mortgage for some reason and he was going to lose the house he loved.  The guy was resigned to this loss.  The waiter, who shared he was in a similar situation, couldn't pay his mortgage fully now that his ARM had adjusted, was waiting tables here, besides holding down his fulltime job to be able to afford his home, as he really didn't want to sell it.  The waiter told the guy additionally that he was renting out bedrooms in his home to bring in more money to pay the mortgage and he should consider doing that as well.
The customer gave him a look like he had just told him he had peed into his coffee cup and went on sputtering how he could NEVER consider that and have strange people in his house while he was living there.  "What a preposterous idea!", he barked.  The waiter shrugged his shoulders and walked away saying, "Hey, you do what you have to...."

The biggest mistake some people make in life is to remain inflexible and not consider solutions they find ghastly like cohabitation.  I guess he thinks it's better to lose the home and live on the streets?

While I don't know the whole story with most of those presented in this clip,  I'll point out that some of these folks have made some really bad choices in life from the little bit they have said. 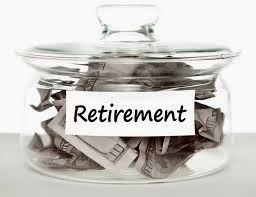 Unless you are destitute and have no health left, there are always ways to get out of the hole you've dug for yourself and change your outlook.
It's all about making better choices in your life and everyone has room for improvement there.
If you are so inflexible to not consider changing things that don't lead you toward where you want to be, you might as well dig a hole and go lay down in it now.

The mistake with retirement is that most people don't even think about sitting down before retirement time comes, and doing some math to see how much they will need when they retire compared to how much they have now set aside, if they have anything set aside for their old age.

That's their first mistake when choosing when and if to retire.
Of course, if you are too far out from retirement, it's hard to figure out exactly how much you will need, as that number continues to climb as inflation climbs.
But by the time you are in your late 40's(and still in good health, earlier if your health is questionable), you should get cozy with your asset numbers and start laying out a specific plan and timeline.

Once into your mid 50's sitting down with a financial calculator to project what level of income you'll be able to sustain in your retirement at your current savings levels is necessary so you can adjust how much you are putting away if you are falling short of your goal.
Also, take a real hard look at how much you will need to generate each month in retirement to cover the expenses the lifestyle you are planning will require.
Go into this expecting to need more than you think you will need.

Ok, I am not a financial planner, nor do I play one on the internet, so I'll stop here.

Nobody is going to look out for you in your old age but YOU!
It will be nice if SS is still around to supplement your savings when you receive your gold watch(do companies even do that anymore when you retire?)and head off into your Golden years.

Stop spending all your wealth in the here and now!
You will need it more when you are old and sick.
Don't expect the government to take care of you then.

Change your spending and savings habits NOW before it's too late!
And don't go and take out massive student loans at age 60 either, if you can find an idiot who will give them to you...... ;-)

Email ThisBlogThis!Share to TwitterShare to FacebookShare to Pinterest
Labels: change making bad choices with your money and life, save for your old age, scary retirement statistics, think about retirement well before you retire, yahoo article