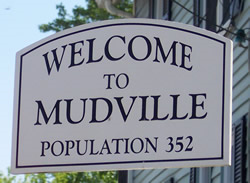 Well #1 Son continues to have difficulties at his place of employment.  He is trying to find a new position elsewhere, that pays enough for him to justify leaving his current job, and is having no luck.
I can't go into this sad tale but he is fearing for his safety and health(he works with "special populations") and his stress level(as well as our own)is quite high, having to remain in his current job.
So when exactly do you get to stop worrying about your kids....what age?
Obviously it's not when they are 22+ years old.  8-(

Add to that the letter #2 Son received yesterday from Temple, thanking him for his "interest" but regretting to inform him that they will not be availing themselves of his musical talents or his parent's Twenty Eight Thousand Dollars per year.

Yep, he didn't get into their music program. 8((
This upset him deeply, as it was his first choice school, almost to the point of tears and definitely to the point of throwing and hitting inanimate objects, like any self respecting 18 year old boy is want to do.

Then his dejection turned to "I suck and I hate music and maybe I just won't go to college."
This was followed a couple of hours later after a nap by, "Temple can go F**k itself!".

Ah, a chip off the ol' Slugmama block!
I think #2 Son will survive.

Nothing signaling the end of the world here, just having a rough patch as some folks say.
And this wretched cold is NOT making things any cheerier!

I am so ready for Spring, aren't you?

Off to console #2 Son's sorrows with a free Birthday Burger at Red Robin......

Email ThisBlogThis!Share to TwitterShare to FacebookShare to Pinterest
Labels: job worries for your kids, no joy in mudville, school rejection, Temple can KMFA, the bird of happiness done crapped on my kids