I didn't get the time to post last Friday about our frugal wins that week so today's edition is chalk full of two weeks worth of frugaliciousness!
Aren't you excited?!? ;-) 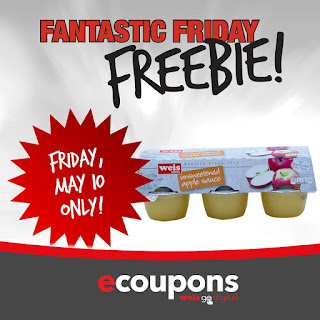 * While out to Weis(PMITA)Markets last Friday to buy the graduation cake, I got the Freebie......... 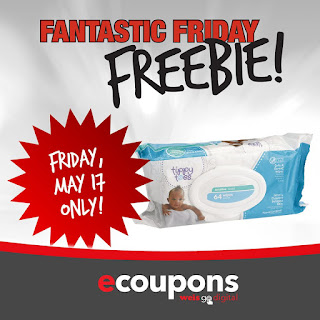 Only the coupon didn't come off making it free.  I had my brother and an ice cream cake sitting in a hot car so didn't go back in and stand in line to get my money back so Hubs is taking the receipt/item/printout from their FB page that shows it was free today to get my cash back. ugh. 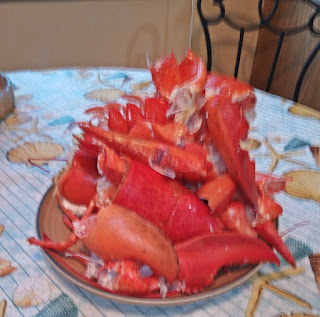 The after shot of 3 lobsters gotten on sale at Price Chopper. 8-)))

*  While out running a few errands after Daughter's award ceremony I found money! 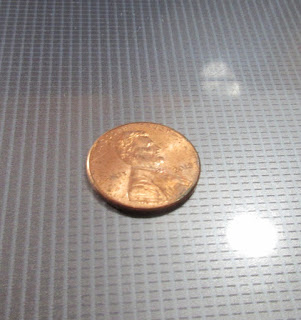 A penny in the line at Dollar Tree.  The woman in front of us dropped more change but she picked that up. 8-(

* At the graduation in the lobby of the hall they had a table set up selling items......flowers, water bottles, stuffed animals, balloons, and a large assortment of University clothing.  There was also a Starbucks in the courtyard of the building that was open so you could fulfill your addiction there.  We all resisted opening our wallets and buying any of this stuff.

* The only meal we ate out while all the family was here that week was dinner after the diploma ceremony.  Would have been so easy to just eat out but I didn't want all those extra bills.  My brother offered to pay for Chinese out on Sunday but I said no and grilled us steak and corn instead. 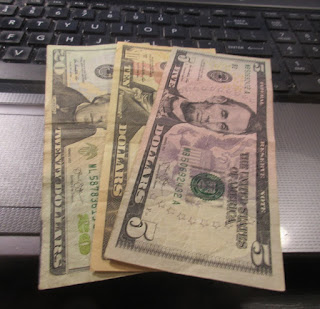 7 packs of diapers sold on Mother's Day for $35 in my wallet! 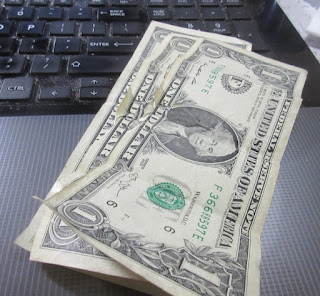 $3 in cash to go into my R-A refund/post coupon envelope.

* I found more money!
This week when we went to Price Chopper to pick up the cheap live lobsters I picked this up......... 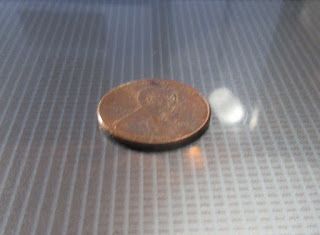 * Speaking of money, the Ibotta rebate and bonus for one of our motel reservations for our March trip to SC/NC came through.  I made that reservation in February and it was pending since the trip so took 3 months to hit my account. I got a total of $30.51 between the rebate, bonus and 2 other bonuses for multiple items bought in Feb.  I am still waiting on $21.93 in rebates for the other two motel bookings from that trip.

* When Daughter went through her stuff and decided on what to take and what to trash she left these.......... 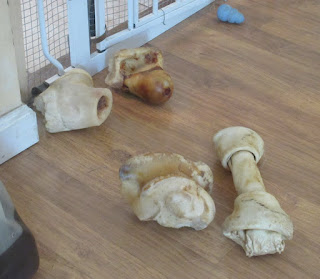 Large rawhide bones and knuckles that she brought here 3 years ago for Cinnamon but her dog never chewed on them.  They were all excavated from the bottom of a large toy basket she had for her dog here.  She gifted them to Chester since he will gnaw on them. 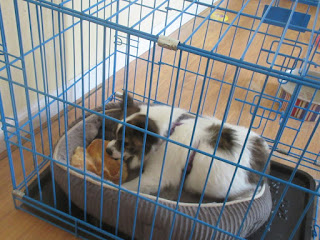 Chester promptly claimed one of the knuckles, drug it into his bed and started gnawing away.
I think what's in that photo above will be a lifetime supply for our Chihuahua as his tiny teeth don't make much headway. lolz

* Other than running errands(grocery store, Rite-Aid, diaper meet ups)I have stayed home this week and worked on taking back and emptying my house. 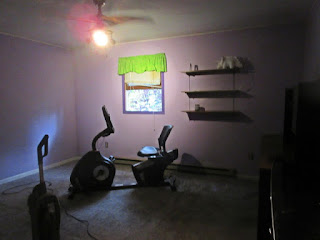 
That's it for the last two weeks here. 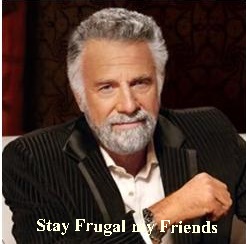 What frugal wins did y'all have over the last 2 weeks?